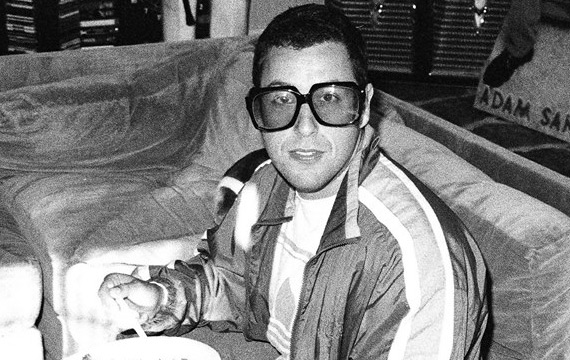 It looks like funnyman Adam Sandler has found a new home with Netflix and will be teaming up with the network to produce and star in four feature films.

Netflix Chief Content Officer Ted Sarandos explains that the network wanted to work with Sandler because “People love Adam’s films on Netflix and often watch them again and again. His appeal spans across viewers of all ages — everybody has a favorite movie, everyone has a favorite line — not just in the US but all over the world.”

You can read the entire press release below:

Beverly Hills, Calif. October 1, 2014–Netflix, the world’s leading Internet TV network, will be the exclusive home of four feature films starring and produced by comic icon Adam Sandler, whose movies have delighted hundreds of millions of fans all over the world.

Sandler is a unique and prolific comic voice, whose films have grossed more than  $3 billion globally at the box office and made him one of the world’s top movie stars. He is among the few actors in the world whose films consistently rank among the most viewed by Netflix members in the U.S. and across its global territories from Brazil to the U.K.

“People love Adam’s films on Netflix and often watch them again and again. His appeal spans across viewers of all ages — everybody has a favorite movie, everyone has a favorite line — not just in the US but all over the world,” said Netflix Chief Content Officer Ted Sarandos.

“When these fine people came to me with an offer to make four movies for them, I immediately said yes for one reason and one reason only….Netflix rhymes with Wet Chicks,” said Sandler. “Let the streaming begin!!!!”

Under the deal announced today, Sandler’s Happy Madison Productions will work alongside Netflix to develop the four films and to premiere them exclusively to members in the nearly 50 countries where Netflix operates. Current studio film commitments are not included in this deal.

Sandler began his career as a stand-up comedian and joined Saturday Night Live as a writer and featured player before starring in, producing and writing numerous films, including the box office smashes The Wedding Singer, The Waterboy, The Longest Yard, Big Daddy, Anger Management, 50 First Dates, Click, I Now Pronounce You Chuck and Larry, You Don’t Mess with the Zohan, Grown Ups and Grown Ups 2.

Sandler has received critical accolades for his work in Punch-Drunk Love, Reign Over Me, Funny People, and two upcoming films, Men, Women & Children and The Cobbler, which premiered at the 2014 Toronto Film Festival.

Sandler announced the news on his Facebook page writing:

Are you excited about the new Sandler films that are coming to Netflix?