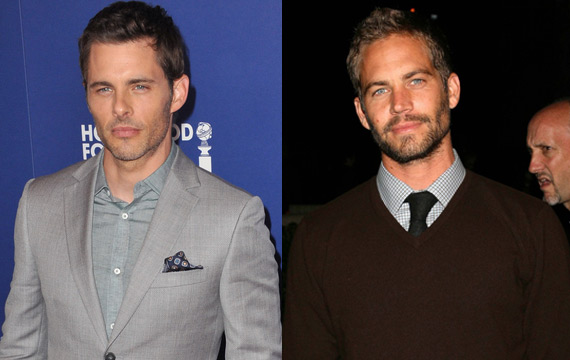 James Marsden insists it was an “honor” to take Paul Walker’s role in new film The Best of Me following his death last year.

The Fast and the Furious star had been cast to play the lead role of Dawson in the film adaptation of author Nicholas Sparks’ best-selling romance novel of the same name.

He died in a car accident last November, and a month later Marsden was offered the role, which he admits was a humbling task to take on.

He tells Us Weekly, “All I can say about that is he is just one of those tremendous actors that was even that much more special of a human being.

“There was a wonderful energy about him and he was a terrific actor. You always want to be good stepping into a role like this but it felt a little bit more of an honor to play this role because of him.”

The project reunites Marsden with Sparks a decade after they collaborated on hit 2004 film The Notebook.