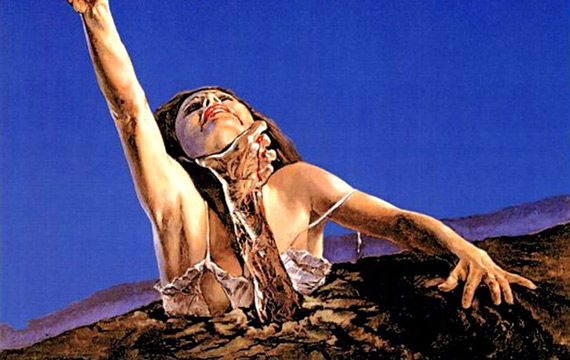 Bruce Campbell is reprising his role in classic horror film franchise The Evil Dead with a new TV series.

The TV series based on the Evil Dead franchise was announced during a panel at this year’s Comic-Con and it’s now confirmed that Campbell will step back into his role of cult hero Ash Williams. The 10-episode series is attached to Starz network and titled Ash vs. Evil Dead.

Franchise writer/director Sam Raimi will return to helm the first episode and also serve as a producer alongside Campbell.

A statement from Raimi reads:

“Evil Dead has always been a blast. Bruce, (producer) Rob (Tapert) and I are thrilled to have the opportunity to tell the next chapter in Ash’s lame, but heroic saga. With his chainsaw arm and his ‘boomstick,’ Ash is back to kick some monster butt. And brother, this time there’s a truckload of it.”

The recent Evil Dead remake, which was directed by Fede Alvarez, was released in April 2013 and earned nearly $100 million worldwide.

Ash vs. Evil Dead is expected to premiere in 2015.