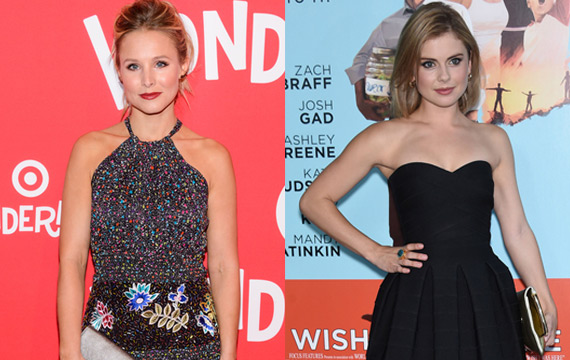 iZombie star Rose McIver broke the news about Bell’s upcoming cameo via video saying, “I have something very exciting to announce. In episode 2.11 of CW’s iZombie, it’s called ‘Fifty Shades of Grey Matter,’ we have a voice cameo by the one and only Kristen Bell.”

No further details about Bell’s role are currently available, but the actress has plenty of VO experience. She provided the voiceovers for Veronica Mars and was the voice of Gossip Girl, in addition to one of her biggest roles, as Princess Anna in Frozen.

Head on over to Entertainment Weekly to watch McIver make the exciting announcement.

Are you excited about Kristen’s upcoming guest role? How long do you think it will be until she makes an on-camera appearance in the series? Talk to us in the comments below!

Leonardo DiCaprio Reveals Why He Turned Down 'Star Wars' Role