Back in early April when Comic-Con made the difficult decision to cancel the 2020 convention, the organizers knew that they wanted to do something for the Comic-Con community, but what would that look like?

According to Chief Communications and Strategy Officer, David Glanzer, “It was definitely a challenge to go from planning a physical show to planning an online show. They are both still a lot of work but trying to pivot and figure out what can work and what might not took us into new territory. The good thing is we have a talented group of volunteers and staff who have been diligent and enthusiastic about the project. We are lucky that many of our stakeholders like publishers and studios have also been enthusiastic about joining in.”

Through countless Zoom meetings and planning sessions, the Comic-Con organizers came to realize that not every program or event at the physical show could live on the same sort of platform for the virtual event. Programs would live on one platform, the exhibit floor would live on another, gaming on still another, several in fact, and Films and Anime, yet another.

Obviously, there were technical issues to be addressed, but Comic-Con staff and volunteers are used to thinking on their feet and dealing with difficult situations quickly and effectively. Another key element was getting buy-in from all the people who come to Comic-Con. 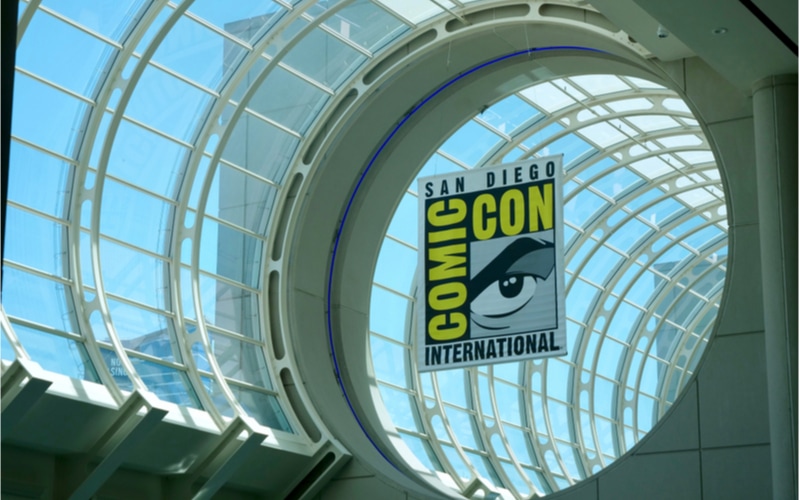 The Programming department worked closely with publishers, studios, writers, and artists in all areas to convince them that even though this had never been done before, it was worthwhile. The community responded tremendously with almost 400 panels with the same level of diversity in the Programming schedule that Comic-Con has always embraced.

Key members of the Games staff had been through this situation before when a miniatures/table-top gaming convention had to cancel earlier in the year. With about two weeks’ notice, that show came up with an online presence using Discord and Facebook. Of course, for Comic-Con, this had to be scaled up and expanded to include Twitch and YouTube to cover the large variety of Games content that Comic-Con supports.

Working tirelessly behind-the-scenes (okay, they’re probably pretty tired at this point), the Development team had to make sure that all of these myriad moving parts would come together and mesh when they should.

“It’s taken a lot of teamwork from not only the Comic-Con staff and volunteers, but the willingness of those stakeholders to work with us that we hope will make the first-ever [email protected] a success,” concluded David Glanzer.

Have you enjoyed [email protected] so far? Sound off in our comment section below or head over to our Forums and let us know your thoughts!