Missing movie screenings? We are too! But we have got good news! We have 50 passes to give away to virtual screening (at-home screening) of Amazon’s P!NK All I Know So Far, which will premiere on Amazon Prime Video on May 21st, 2021.

We’ll be giving away (50) passes to the screening (which will take place on Tuesday, May 18 at 7pm EST), and we’ll be picking winners randomly from the comments below. So post below – and you’ll hear from us by Monday, May 17 if you’ve won!

P!NK All I Know So Far Movie Screening Info:

Winners will receive an email from us by end of the day Monday (May 17), on how to access the screening. Email instructions will be sent to the email address you used in signing up for FanBolt. Be sure to check your spam and promotions folder – and mark our email address ([email protected]) on your whitelist! 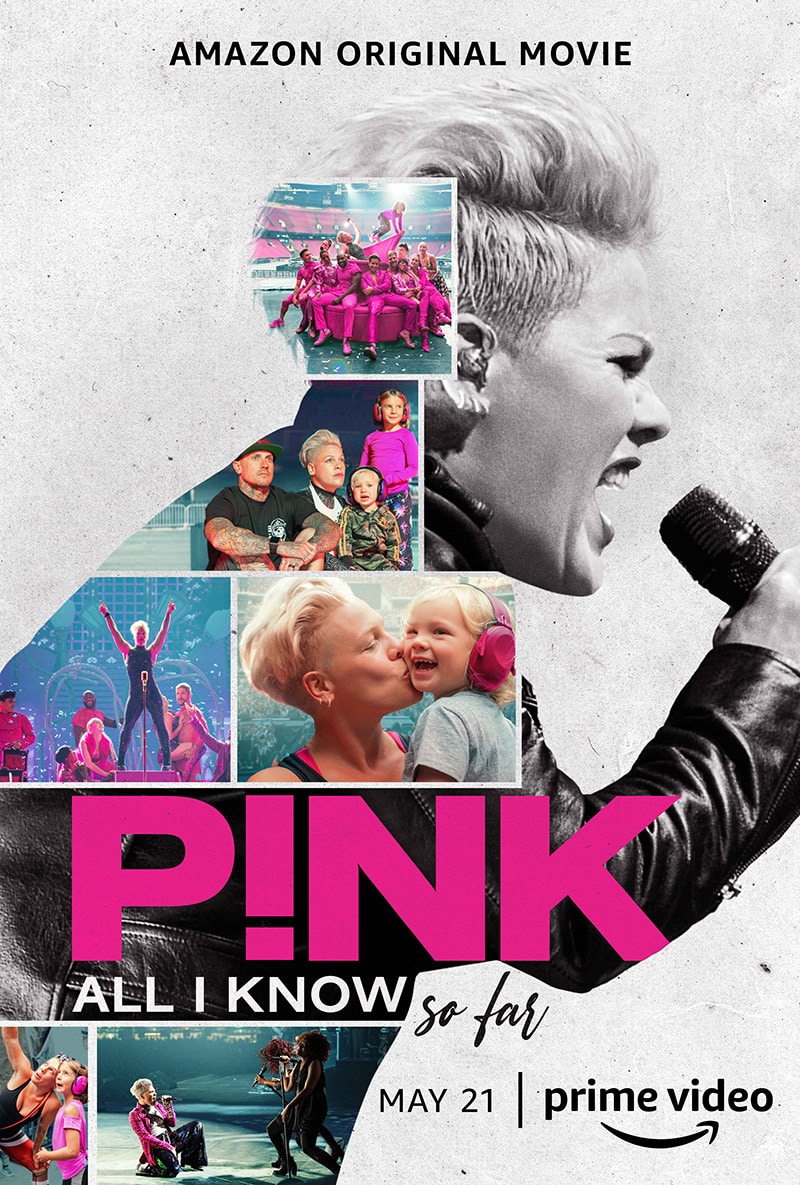 SYNOPSIS
Since her debut in 2000, P!NK has released 8 studio albums, 1 greatest hits album, sold over 60 million albums equivalents worldwide, 15 singles in the top 10 on the Billboard Hot 100 chart (four at #1) and has sold out arenas all over the world. In addition, she is the recipient of three Grammy Awards (twenty nominations), one Daytime Emmy Award, seven MTV Video Music Awards (including the 2017 Vanguard Award recipient), two MTV Europe Awards, two People’s Choice Awards, was named Billboard’s Woman of the Year in 2013 and most recently received a star on the Hollywood Walk of Fame as well as The Brits Outstanding Contribution To Music Award (the first international artist to receive this honor).

Her last studio effort Hurts 2B Human marked her third consecutive album to debut at #1 on the Billboard 200 Chart as well as debuted at #1 in 8 other countries. The first single, “Walk Me Home” marks P!NK 10th #1 on Billboard’s Adult Pop Airplay chart and extends her record for the most at this format across all solo acts. The track along with “Can We Pretend” scored P!NK her 6th and 7th #1 on Billboard’s Dance Club Songs Chart. At the end of 2019, P!NK wrapped her highly acclaimed Beautiful Trauma World Tour where she played over 156 shows in 18 countries ultimately selling over 3 million tickets worldwide. The tour is the 10th highest grossing tour in Billboard’s Boxscore’s history, the biggest tour for a woman in over a decade, and she received Billboard’s Legend of Live Award in November 2019.

P!NK is a huge supporter of various charities, including: No Kid Hungry, Make-a-Wish Foundation, Planned Parenthood, REVERB, Autism Speaks and Human Rights Campaign, and as an ambassador for UNICEF.