We have 20 passes to give away to virtual screening (at-home screening) of Focus Features’ Roadrunner: A Film About Anthony Bourdain, which will open in theaters Friday, July 16!

We’ll be giving away (20) passes to the screening (which will take place on Thursday, July 15 at 7pm EST), and we’ll be picking winners randomly from the comments below. So post below – and you’ll hear from us by Monday, July 12 if you’ve won!

Winners will receive an email from us by end of the day Monday (July 12), on how to access the screening. Email instructions will be sent to the email address you used in signing up for FanBolt. Be sure to check your spam and promotions folder – and mark our email address ([email protected]) on your whitelist! 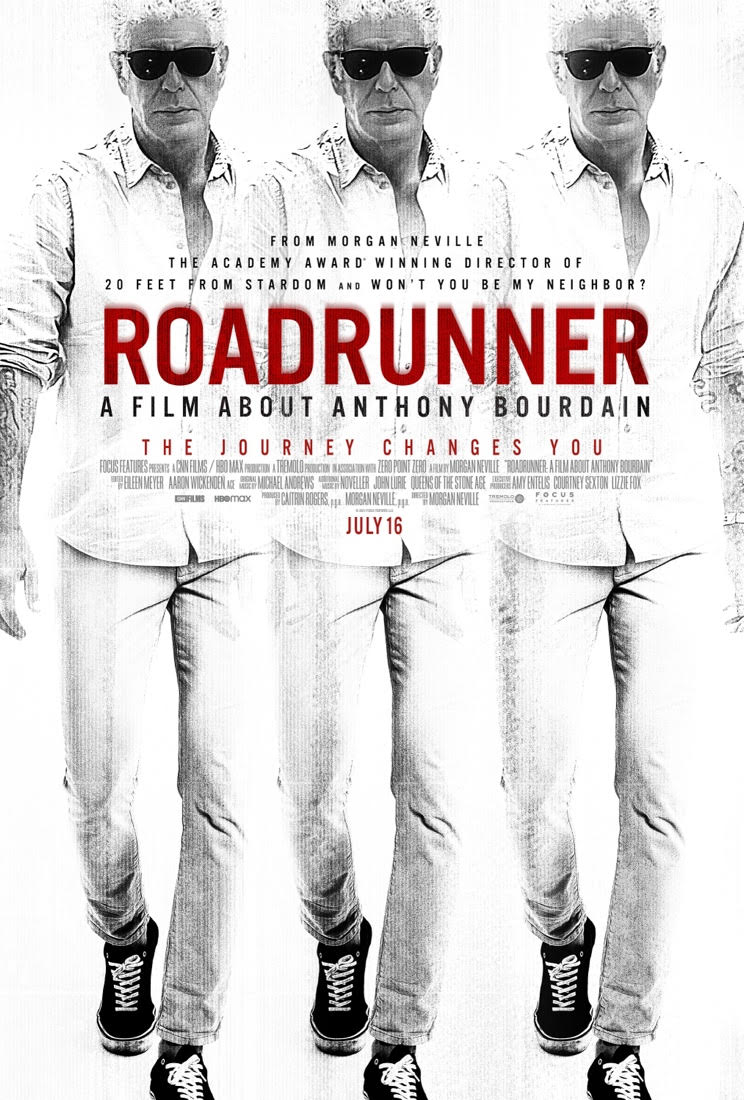 Profane, opinionated and boundlessly inquisitive, the late writer Anthony Bourdain changed the world of food and travel reporting with his unique blend of curiosity, wit and unapologetic authenticity. In the new documentary Roadrunner, Oscar-winning filmmaker Morgan Neville (20 Feet From Stardom, Best of Enemies) tells the story of Bourdain’s warp-speed transformation from line cook to globally-renowned cultural commentator. With an often lyrical writing style that mingled punk defiance and Beat rebellion, and a palate that seemed to know no bounds, Bourdain dazzled readers with his debut memoir, Kitchen Confidential: Adventures in the Culinary Underbelly (2007), and changed his own life forever.

In a story that begins in 1999, when the then-43-year-old Bourdain shocked the culinary world by revealing long-held restaurant secrets, Neville follows the quixotic path of the chef’s career, exploring the route he took to become the beloved star and award-winning creator of numerous food and travels series for television. From haute cuisine in Rome, Melbourne and Tokyo to danger in Port-au-Prince, Kinshasa and Beirut, Bourdain pushes himself and his crew past their limits, exploring culture and cuisine with his restless curiosity. Then, at the height of his fame, he turns his seemingly inexhaustible energy to domestic life with his wife and child, and calling attention to cultural, social and political injustices at home and abroad — before shocking the world by dying by suicide at the age of 61.

Drawing on previously unseen footage from Bourdain’s television shows, all-new interviews with his friends and family, and Bourdain’s own wry and instantly recognizable voiceovers, Neville creates an unforgettable record of an extraordinary man’s unexpected rise to stardom as a celebrity chef, book author, journalist and travel documentarian.