Susan Sarandon and Geena Davis Have a ‘Thelma & Louise’ Reunion 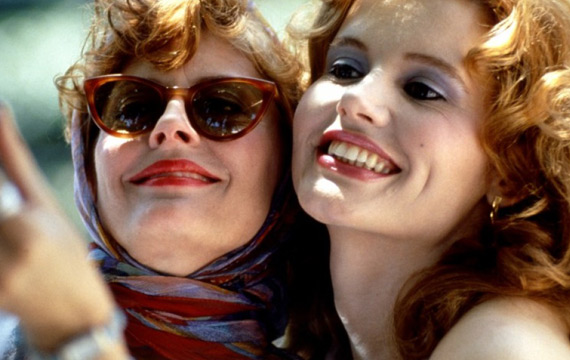 Thelma & Louise co-stars Susan Sarandon and Geena Davis have reunited to replicate the ‘selfie’ taken in the Oscar-winning film more than 20 years ago.

In the 1991 drama, Davis and Sarandon, as Thelma and Louise respectively, take a picture of themselves with a camera to mark the beginning of their ill-fated road trip.

The co-stars have recreated the shot 23 years later, and Sarandon posted it on Twitter yesterday alongside the original picture with the caption “Inventors of the #selfie at it again. #ThelmaAndLouise”.

Both stars landed Oscar nods for the film, which won the Academy Award for Best Original Screenplay and also launched the career of Hollywood actor Brad Pitt.

See the awesome selfie below!