Do you know where you were twenty years ago today? That’s the question the newest miniseries from The National Geographic Channel poses to viewers. Nat Geo just recently hooked FanBolt up with 2 watch party kits in promotion of their 3-night miniseries event The ’90s: The Last Great Decade?! And we have one of them to give away at the bottom of this post!

FanBolt had the chance to have our own viewing pre-party, so we’ve pulled together some highlights and fun facts for you all.

Would you like to win your own The ’90s: The Last Great Decade? party kit? Here’s what it includes:

All you have to do to be entered to win is shoot us an email with your name and full mailing address to [email protected] with the subject line “Nat Geo Party Kit” and like us on Facebook! We’ll be announcing the winner tomorrow and you’ll have the kit before the series airs!

Please Note Contest Rules: Giveaway is open to US residents only, ages 21 and up. 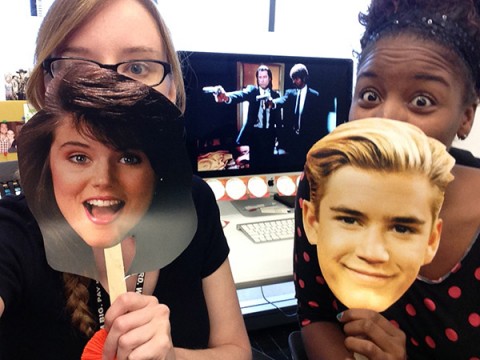 Team FanBolt loved this mini-series! It was awesome trip down memory lane – and even more fun playing with the kit Nat Geo sent over! Be sure to catch the first episode of The ’90s: The Last Great Decade? on July 6th at 9pm EST – and tweet us your favorite ’90s memories – with the hashtag #NatGeo90s!