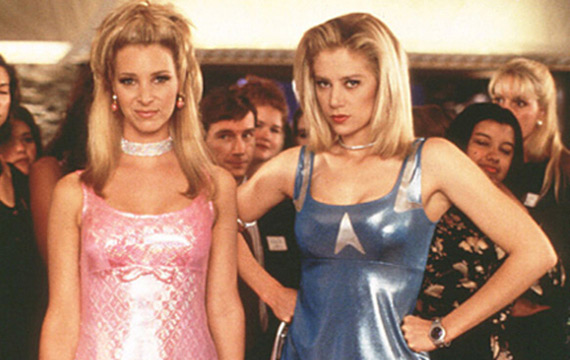 Actress Mira Sorvino has blamed studio bosses at Disney for holding up plans for a sequel to her cult comedy Romy and Michele’s High School Reunion.

The star teamed up with Lisa Kudrow for the wacky 1997 movie, which failed to make a big impact at the box office but has since become a cult hit, and in 2012, the two old pals sparked rumors they were reuniting for a long-awaited follow-up by posing for a photo together as their movie’s superficial characters.

A representative for the film’s fan-run Twitter account fuelled the reports by posting, “CONFIRMED. @LisaKudrow @MiraSorvino & others on board for R&M sequel but studio needs more demand! Urge @Disney, tell everyone & RETWEET!”

Now, Sorvino has revealed the project is on hold at Disney because executives are still not convinced a sequel will be a good business move.

Sorvino tells E! News, “Disney, if you’re listening – everybody wants it! Me and Lisa… would love to do a sequel. We have asked Disney before. It’s Disney that has to decide to say yes.”

Would you like to see a Romy and Michele’s High School Reunion sequel? Let us know in the comments below!

So Orlando Bloom Threw a Punch at Justin Bieber Today