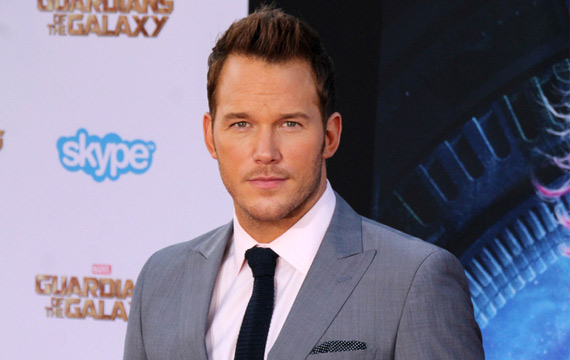 Guardians of the Galaxy star Chris Pratt knew he had to lose weight when casting directors rejected him midway through auditions because of his size.

We recently found out that his size almost prevented him of landing the role of Peter Quill/Star Lord, but he blew the director away in an audition and got in shape for the film with a strict diet and workout plan. Pratt now insists that it had mainly been the excess fat that prevented him from becoming a leading man in Hollywood.

Pratt tells Reuters, “I had been embarrassed doing auditions where I was 35 or 30 pounds overweight and I wasn’t mentally or physically sharp. Like G.I. Joe, I could see their eyes glaze over halfway through the audition and that hurts your feelings…

“I didn’t know who I was and what I was capable of doing. I had done a lot of sidekick characters, I had put on a lot of weight over the eight years I had been with my wife. We’d been in love and eating fabulous foods and drinking wine and I was getting more work than before by playing the schlubby sidekick characters.”

We understand your pain Chris, and regardless of if you’re a teddy bear or totally ripped, we’d let you french braid our hair anyday.

Tags: Chris PrattGuardians of the Galaxy

Zac Efron Opens Up to Bear Grylls About Past Drug Abuse

Katy Perry Speaks to 'Rolling Stone' About Babies, Being Teased and More