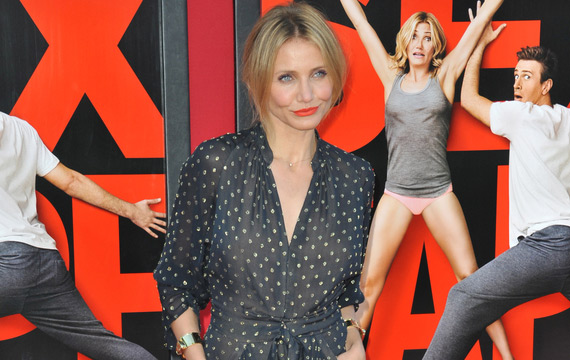 Cameron Diaz has moved to distance her movie Sex Tape from the nude pictures scandal which has engulfed Hollywood, insisting the film is “totally different” to the headline-grabbing story.

In her comedy, Diaz and her co-star Jason Segel play a couple whose sex tape is accidentally sent to their cloud account and they embark on a mission to stop their friends and family seeing it.

The iCloud accounts of a number of female celebrities, including Jennifer Lawrence and Kirsten Dunst, were hacked and intimate snaps were leaked on the Internet, but Diaz insists the two scenarios are not the same.

In an interview on BBC Radio One, presenter Nick Grimshaw remarks on the similarities, but the actress interrupts him, saying, “Actually not, because it’s two different things. Our characters accidentally upload it into the cloud and the celebrities actually have had it stolen, violated, illegally out of theirs. It’s totally different.”

Diaz’s movie was released in the U.K. just days after the hacking scandal story broke. Agents of the Federal Bureau of Investigation (FBI) are looking into the incident.

Cameron can’t deny one thing, however: No one understands the Cloud!