Peter Pan Live! is the latest classic to receive the live television treatment and we’ve got our first look at Christopher Walken in full on Captain Hook gear.

The star looks completely transformed as the mustachioed, croc-fearing Jolly Roger captain and so does co-star Allison Williams, seen taking on her nemesis without fear in the picture.

Now, seeing as how Peter Pan Live! is a musical, Entertainment Weekly asked him about how he plans to tackle that part of the production and the star told them, “I’m not a good singer.”So how does he plan to perform in the live musical broadcast? “The songs are done almost like patter. Think Rex Harrison in My Fair Lady,” Walken told the site.

Take a look at Christopher Walken giving us major Dustin Hoffman/Hook vibes below! 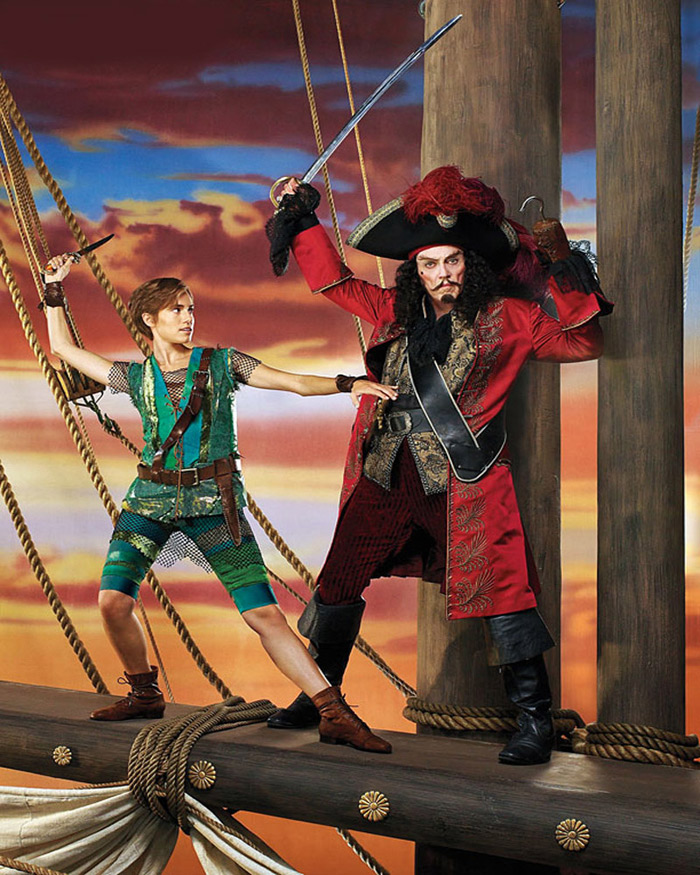 Peter Pan Live! is scheduled to air Dec. 4 on NBC.