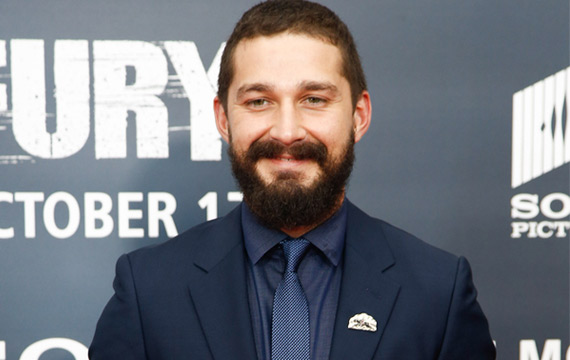 Shia LaBeouf has blamed his method acting extremes for his near-career destroying bust-up with Alec Baldwin.

The Fury star was famously fired from Broadway play Orphans last year for clashing with leading man Baldwin and looking back at the drama, he accepts he may have taken his preparation for the role of a street-smart kidnapper a little too far.

La Beouf tells Interview magazine, “Alec and I butted heads hard. I was sleeping in the park… At the time, I was out of my mind.

“My whole goal was to intimidate the f**k out of Baldwin. That was the role. And it wasn’t going to be fake. I wanted him to be scared… so I went about doing that for three weeks of rehearsal.”

The actor finally reached a settlement with the producers of the play, which was to mark his New York stage debut, after filing a grievance with the Actors’ Equity union.