As I write this (though not as you read this) I’m actually in the air headed to Syfy’s Press Tour in Orlando. We’ll be dining with Syfy Channel executives in a few hours and then off for bowling and drinks with the cast members of Ascension. Saying it’s been a crazy weekend is a bit of an understatement, but let’s start at the beginning…

Jasmine and I hosted Walker Stalker Live from the convention floor in Atlanta starting on Friday through Sunday. As I left her Sunday afternoon, I had my fingers crossed that the rest of the interviews that were lined up would go off without a hitch, but you have to learn to be flexible with conventions and interviews. The volunteer staff was beyond amazing, and of course Eric and James are two of the biggest fan rock stars I’ve ever met. Having been a part of the first Walker Stalker Con last November, it blows my mind to see what they’ve grown it into in just a year.

What’s unique about this convention in comparison to some of the larger conventions is pretty simple to see from the second you get inside. The very first year I attended Comic Con (2009), I was determined to get autographs from the cast of True Blood. Three hours later, the cast was gone and the line was cut off four people in front of me. At that point, I decided I was giving up on collecting autographs – and on trying to do a convention as a fan.

However, in my years since then and attending many fan conventions not only as press but as a panelist, moderator and/or MC – I couldn’t help but grow to love these smaller cons. They have all the passion and excitement of the big cons – without the headache and fan heartbreak. The celebrities that attend are incredibly accessible – you can get autographs and photos and even have some one-on-one interaction with them. It’s a beautiful thing for fans to experience. 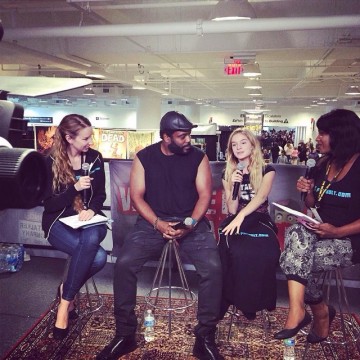 While Jasmine and I spent the bulk of Walker Stalker Con in the elevated press booth on the convention floor, I was able to bounce around the rest of the con a little – from the green room to the merchandise booths – I got to see some pretty cool things – and I’m eager to share them with you.

Lastly, I have to say – getting to do live on-camera interviews for the first time, and getting to do them with Jasmine – not only FanBolt’s associate editor, but also one of my best friends – was an experience I’ll never forget. I’m not going to say we weren’t nervous, because interviewing the cast members of a show you love and admire for a live video stream – that’s a tad nerve racking. But FanBolt has always been “By the fans. For the fans.” So we were more than excited and honored when Eric asked us if we wanted the gig. We so greatly appreciate the opportunity – and look forward to doing more with Walker Stalker and this amazing fanbase in the future! 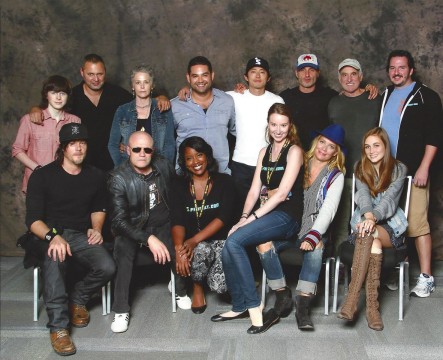 A special thank you to Eric and James, all the volunteers (Cheri – you’re amazing!!), Jasmine Alyce, Jason Corman (my favorite photographer) and the coolest video guy I’ve ever meet (Romulo Molina).

We’ll have another post coming with all of our photographers shots from the convention – so be sure to check back for more Walker Stalker Con Coverage!