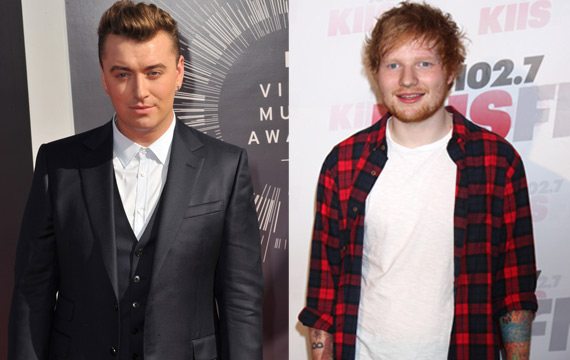 Ed Sheeran delighted audiences at a Sam Smith gig on Wednesday when he joined the singer for a surprise duet.

The “Don’t” singer appeared on stage in Manchester, England and the pair sang Smith’s hit “Stay With Me”.

After the gig, Smith posted a picture on his Instagram page of the duo performing.

Smith sported his trademark suit while Sheeran wore casual attire of jeans and a sweater.

Smith captioned the shot, “So amazing to have this KING (Ed Sheeran) on stage with me tonight. Such a wise and true friend to have. Love ya brother x (sic).”

So amazing to have this KING @teddysphotos on stage with me tonight. Such a wise and true friend to have. Love ya brother x

You HAVE to watch the video of the awesome duo below. It’s so good it makes us wish they’d originally dropped the song as a duet!

Amiibo – The Figurines All Nintendo Fans Must Have