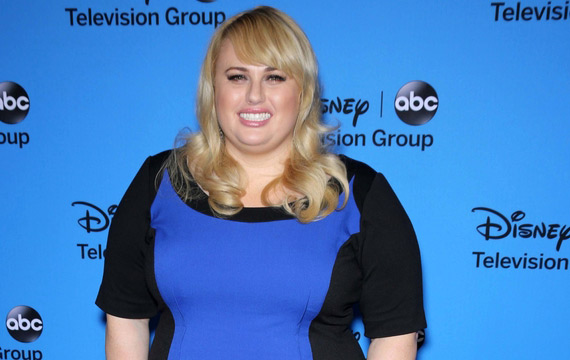 Rebel Wilson has director Shawn Levy’s daughters to thank for helping her land a role in the third installment of the Night at the Museum franchise.

The Pitch Perfect star reveals Levy’s daughters begged their dad to cast her in the film after becoming huge fans of her movie work.

She says, “I think Shawn Levy, who directed the whole trilogy, he has quite a few teenage daughters, who had seen me in Pitch Perfect and Bridesmaids and so they did say they wanted me in the movie, so I thank them a lot.”

After landing the role of a British Museum guard, Wilson felt she had another reason to celebrate – the cast.

She says, “It’s an amazing ensemble cast in the Night at the Museum movies. You got Ben Stiller, Owen Wilson, Steve Coogan, Ricky Gervais and of course, the late and very great Robin Williams, so just to join that ensemble is so much fun.”

She later adds, “I just love being in this because where else can you be so funny and have so much action and great special effects.”