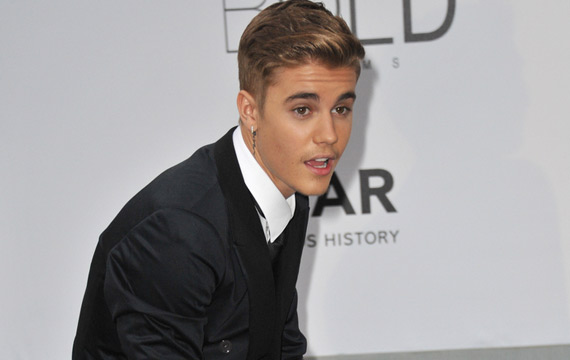 Justin Bieber has been named and shamed as the worst celebrity neighbor of 2014.

The Biebs earned a bad reputation around his former Calabasas, California neighborhood after he was accused of speeding around the gated community in his sports cars and disrupting the quiet area by holding numerous loud parties.

He was even slapped with a misdemeanor vandalism charge earlier this year after allegedly pelting a nearby property with eggs, landing him a fine, anger management classes and community service as part of his sentence.

Bieber moved out of the pad in March and rented an apartment in Beverly Hills, where he continued to experience a string of run-ins with police over his wild parties.

The incidents have landed Bieber the title of worst celebrity neighbor of the year in the Zillow Celebrity Neighbor Survey, which was voted for by the public.

He garnered 34 per cent of the 1,005 votes, the highest share in the poll’s history, easily beating 2013’s worst neighbors, Kim Kardashian and Kanye West, who place second with 22 per cent.

Miley Cyrus is at three with 10 per cent, followed by real estate magnate Donald Trump (five per cent) and actor Alec Baldwin (three per cent).

Meanwhile, on the other end of the spectrum, comedian and U.S. late night host Jimmy Fallon has been named the most desirable celebrity neighbor for 2015.