Macklemore Says His Success Is Due to ‘White Privilege’ 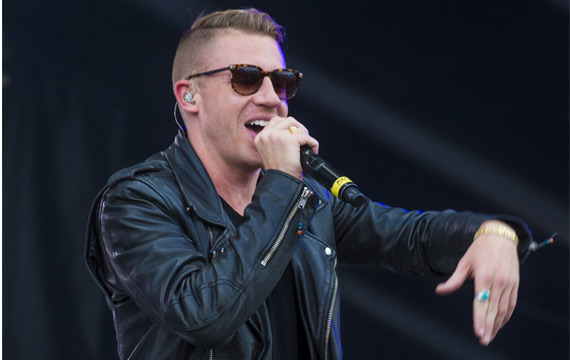 Macklemore has suggested his success can be attributed to “white privilege”.

Macklemore paid a visit to the same New York radio station, Hot 97, on Monday and gave his reaction to her comments.

When asked if he felt his skin color has contributed to his huge commercial success in the predominantly black genre, Macklemore replied, “Yes, absolutely. Why am I safe? Why can I cuss on a record, have a parental advisory sticker on the cover of my album, yet parents are still like, ‘You’re the only rap I let my kids listen to.’

The issue of race relations in the U.S. has become more of a hot-button issue in the past few months following the grand jury decisions in Missouri and New York, in which white police officers were not indicted for killing African-American men Michael Brown and Eric Garner.

Macklemore, who joined protests against the Brown ruling in his native Seattle, Washington in November, went on to urge fellow Americans to speak out about race issues.

He added, “Silence is an action and it’s my privilege that I can be silent about this issue. And I’m tired of being silent about it. We have to get past that awkward stage of the race conversation. As a white person, we have to listen. We need to direct the attention to the people of color that are on the ground mobilizing and listen to those people.

“For me, as a white rapper, I’m like, ‘How do I get involved on a level where I’m not co-opting the movement, but also realizing the platform that I have and the reach that I have and doing it in an authentic, genuine way’.”

Let us know what you think about Macklemore’s opinions in the comments below.

'Once Upon a Time' Star Sean Maguire and Wife Renew Vows

Evangeline Lilly on Marriage: 'I Don't Believe in Forever Promises'