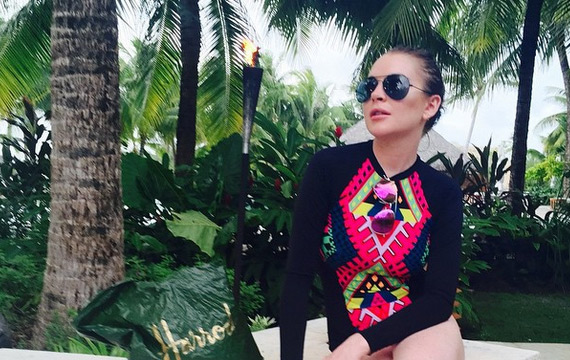 Lindsay Lohan has been hospitalized in London with a rare virus.

The actress contracted Chikungunya, a virus transmitted by mosquito bites, in Bora Bora, where she vacationed over the holidays. The virus causes fever, joint pain and fatigue.

She previously revealed the diagnosis on Instagram after posting a photo of herself on a jet ski and captioning the snap, “Before I got chikungunya”.

She later added, “Being sick is no fun… In good faith with good people. I refuse to let a virus effect my peaceful vacation. Be safe and happy on the new year all…”

Lohan appeared to have bounced back from the illness days later as she flew to Los Angeles, but it appears the virus is still playing havoc with her health, and she was treated at Queen Elizabeth II’s hospital of choice, the King Edward VII, on Wednesday after complaining of a high fever and joint pain.

She was subsequently released by medics.

Lauren Graham Reveals How She Found Out 'Gilmore Girls' Was Canceled