Netflix has released a new character image from their upcoming series, Marvel’s Daredevil.

In the new pic, fans are treated to their first look at Wilson Fisk, played by Vincent D’Onofrio. Fisk, the shadowy figure behind organized crime in Hell’s Kitchen, has one mission in mind: to save Hell’s Kitchen by any means necessary, no matter the cost.

Central to the conflict in the series, Fisk truly believes he’s doing good for Hell’s Kitchen and at times may seem more of a hero to its people than Daredevil. Intelligent, complex and physically imposing, Fisk is the perfect foil for Matt Murdock, and the two will collide dramatically in the series.

Marvel’s Daredevil is the first of four epic live-action adventure series (Marvel’s A.K.A. Jessica Jones, Marvel’s Iron Fist, and Marvel’s Luke Cage, all leading up to the teaming of the main characters in Marvel’s The Defenders).

You can check out a full-sized snap of Vincent as Wilson Fisk below! 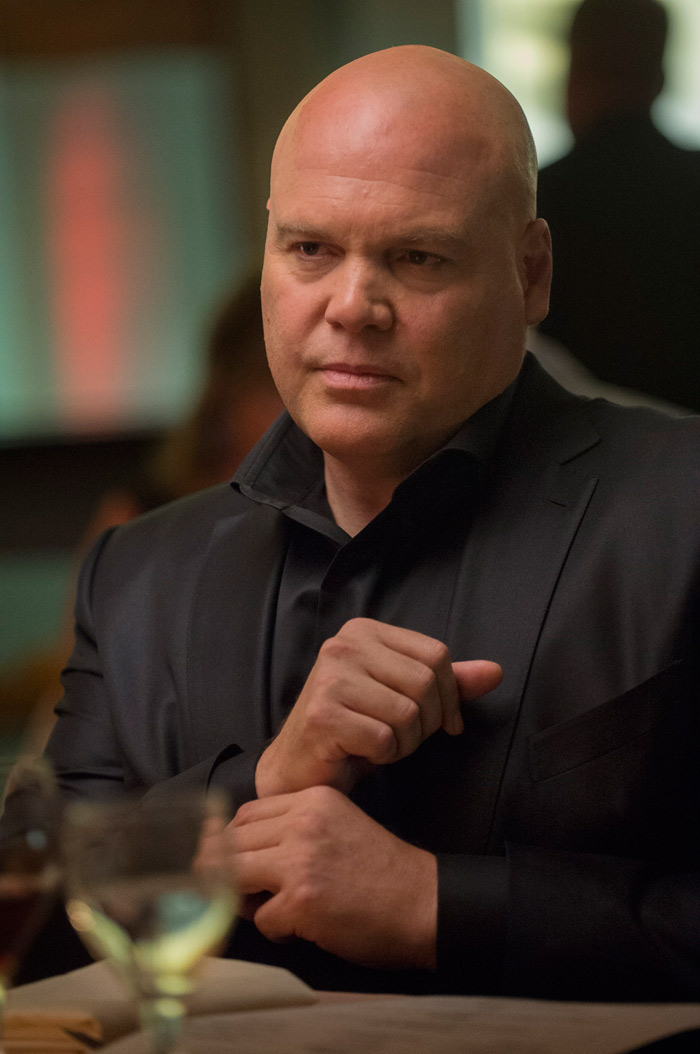 The first season of Marvel’s Daredevil will premiere with thirteen one-hour episodes in April 10 at 12:01 AM PT.