On the change, Raymond posted on Motive Studio’s website, “Everyone in this industry has a motive, an idea they want to bring to life, a new idea they’d like to see in a game. It’s what’s so great about this industry. And it’s what I want to get back to.”

(I’m dying to make an Everybody Loves Raymond joke here.) 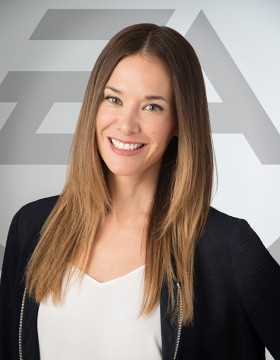 Motive Studios, according to @Mass Effect_News, an unofficial Tweeter of BioWarey-type news, will be working closely with the company on Mass Effect Andromeda. The context and scope of the relationship is not yet clear and will probably remain so for some time. Andromeda is not slated for release until the holiday season next year.

What we do know for certain is that Motive will also be working alongside California’s Visceral Games (of Dead Space and Battlefield Hardline fame) on their upcoming, even-more-hush-hush-than-a-J.J. Abrams-movie Star Wars game. No one seems to have any information on what the game will be, though, so we’ll be keeping you posted on that front.

Personally, I am uber-excited to hear about Raymond’s new studio. Anyone who worked on Assassin’s Creed II already has my vote; and to hear now that she will be working on my favorite series? I can’t wait to see the results.

On the other hand, I am a little concerned with EA still having exclusive rights to Star Wars games. I’d love to see some indie or smaller studio-developed games set in the galaxy far far away, something more unique and innovative (as excited as I am for the new Battlefront). I suppose that having only one company produce the games gives Disney a more definite direction to continue along in the Star Wars saga, though. So, at least we can assume that any games that come out over the next few years will be canon (KoToR, you’ll always be canon to me).