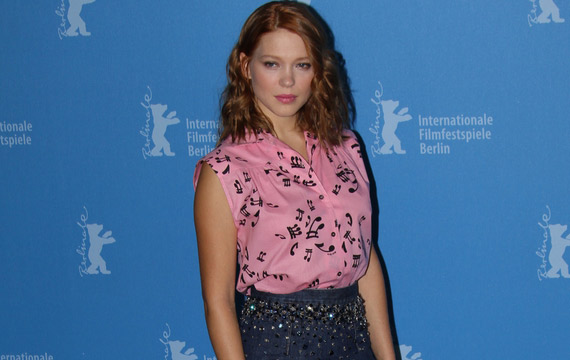 Lea Seydoux, the French actress and the latest Bond girl in Spectre, is reportedly in talks to star opposite Channing Tatum in Gambit.

According to Deadline, Seydoux is in talks to play Bella Donna Boudreaux. In the comics, Boudreaux met Gambit when they were children and shared a star-crossed history, with Bella eventually growing up, getting powers of her own and becoming the head of the Assassins Guild, the rival of Gambit’s Thieves Guild.

Other actresses that were up for the role included Mad Max: Fury Road‘s Abbey Lee and Rebecca Ferguson from Mission: Impossible – Rogue Nation.

As FanBolt previously reported, the film, starring Channing Tatum as the title character, will be directed Rupert Wyatt (Rise of the Planet of the Apes) from a script by Josh Zetumer (2014’s RoboCop) based on a treatment by Gambit co-creator Chris Claremont.

You can catch Seydoux in her most recent role, as Bond girl Madeleine Swann in Spectre, when it hits theaters November 6, 2015.

Share your thoughts on Seydoux’s casting, and the Gambit film overall, in the comments below.

Take an Inside Look at 'Ash vs Evil Dead'

When Dreams Come True: Jennifer Lawrence and Amy Schumer Are Writing a Comedy Together