The 2016 Oscar nominations were announced this morning, and there weren’t too many surprises. Leonardo DiCaprio could be on course for Oscars success at last as he leads the way in the best actor category for the 88th Academy Awards.

The star has been nominated for the accolade four times previously, but 2016 looks quite promising to be his year with movie The Revenant following his Golden Globes win on Sunday. The triumph won’t be an easy one though as he faces stiff competition from Eddie Redmayne for The Danish Girl, Michael Fassbender for Steve Jobs, Trumbo‘s Bryan Cranston and Matt Damon in The Martian. (Our money is on DiCaprio for this year – despite the strong competition)

The Revenant will also be battling it out for the best picture award, while Alejandro González Iñárritu is in the running for best director and supporting actor Tom Hardy has scooped a nod (Hardy didn’t get any love at the Golden Globes, so we’re thrilled to see he was nominated). It also received mentions in the cinematography, costume design, production design, make-up and hair styling, film editing, sound editing, sound mixing and visual effects categories.

The Big Short, Bridge of Spies, Brooklyn, Mad Max: Fury Road, The Martian, Room and Spotlight are the other best picture nominations.

The Golden Globes generally act as a precursor to the Academy Awards results, so hopes are high that best actress winner Brie Larson (Room) will scoop the golden statue at the February 28th ceremony. She’s up against Cate Blanchett for Carol, Brooklyn‘s Saoirse Ronan, Jennifer Lawrence for Joy and Charlotte Rumpling in 45 Years.

In a surprise move Carol co-lead Rooney Mara landed a supporting role nod, as opposed to lead actress. Rachel McAdams in Spotlight, Alicia Vikander in The Danish Girl, Kate Winslet for Steve Jobs and Jennifer Jason Leigh for The Hateful Eight make up the category.

The male equivalent is between Christian Bale for The Big Short, Tom Hardy in The Revenant, Mark Ruffalo for Spotlight, Mark Rylance for Bridge of Spies and Sylvester Stallone for Creed.

Mad Mad: Fury Road may have missed out at the Golden Globes, but the adventure sci-fi flick picked up a total of 10 nominations at the Oscars. The film also won Best Picture along with a slew of additional accolades from the Georgia Film Critics Association. 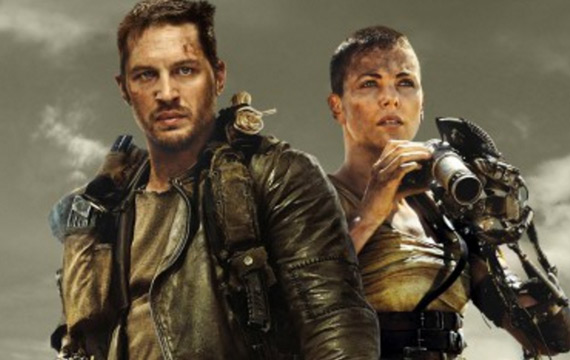 The 88th Academy Awards will be hosted by Chris Rock and take place at Hollywood’s Dolby Theatre.

Best Documentary Short
A Girl in the River: The Price of Forgiveness
Body Team 12
Chau, Beyond the Lines
Claude Lanzmann: Spectres of the Shoah
Last Day of Freedom

Let us know your thought on the 2016 Oscar nominations in our comment section below. Did your favorites get snubbed? Who do you think will win? Will this finally be the year Leonardo DiCaprio gets his Oscar?