Netflix has released a new character image from Marvel’s Daredevil season two! In the new image we see our title hero locked down in chains by his adversary, Frank Castle. Take a look at Netflix’s Instagram posting below.

Battle lines have been drawn. #Daredevil 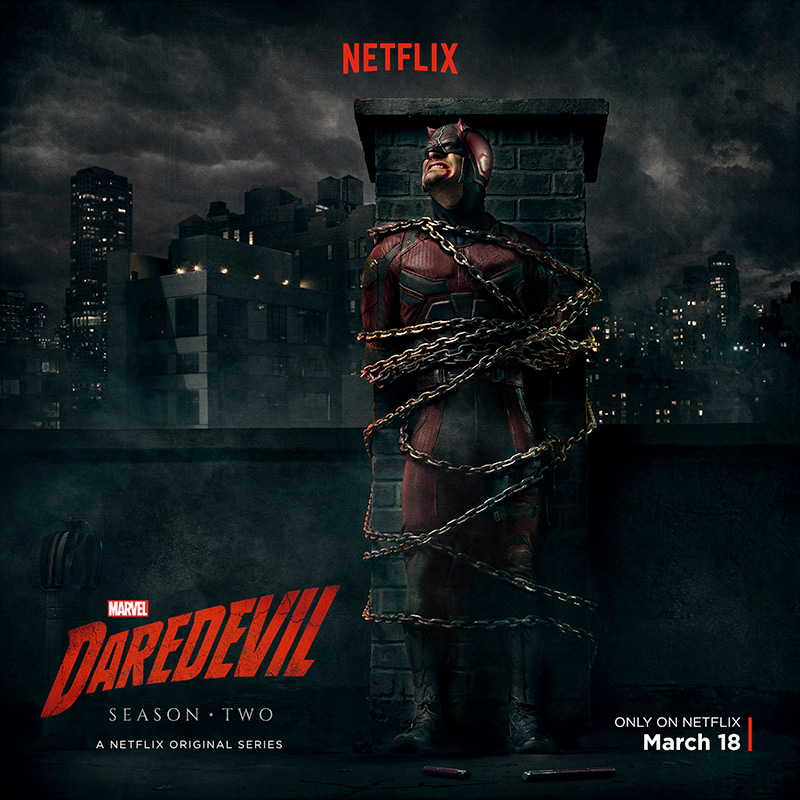 If you’re new to Marvel’s Daredevil, you have plenty of time to binge season one before the premiere. The series follows Matt Murdock (Charlie Cox), who was blinded as a young boy but imbued with extraordinary senses. Fighting against injustice by day as a lawyer, and by night as the superhero “Daredevil,” the series is set in New York City.

Marvel’s Daredevil returns on Friday, March 18, 2016 with thirteen all new one-hour episodes! Will you be watching? Let us know your thoughts on the new season below!