Benedict Cumberbatch has felt like a rock star since being cast as Doctor Strange due to the response from fans. The 40-year-old actor is taking on the role of the superhero sorcerer in the movie of the same name, which is the start of the introduction of the mystical part of the Marvel Cinematic Universe.

Cumberbatch has been blown away by the reaction to his casting by comic book fans and likens it to being part of massive band like Pink Floyd. In a feature for Interview magazine in which he quizzes his friend Tom Hiddleston on his career, the Thor: Ragnarok star – who has regularly appeared as Loki in the MCU – turned the tables on his pal and asked: “How did you feel about joining the Marvel universe?”

To which Cumberbatch replied: “I felt it was all about the part rather than everything else. I’ve been to Comic-Con, and it’s a very nice way to give back to the fans that drive these things. It was quite scary. I felt like Pink Floyd. It’s just like, ‘Hello, hi,’ after the fans are all screaming. That side of it is just phenomenal, and it makes me giggle, and I don’t know whether I’ll get used to that. I can’t wait to see how it expands the universe. I’m also part of your crew! It’s an amazing cast of actors. And it’s the most fun hard work you’ll ever do, I think, as an actor. They really know how to treat you right. And the material is challenging, witty, and a lot of fun to do. ‘Doctor Strange’ is a complex, funny, but exciting character.”

Hiddleston also opened up on how filming is going on the Gold Coast in Australia on the third Thor movie – which sees Chris Hemsworth reprise his role as the hammer-wielding superhero, Idris Elba as Heimdall and Mark Ruffalo split off from the Avengers films to portray The Hulk in Asgard. 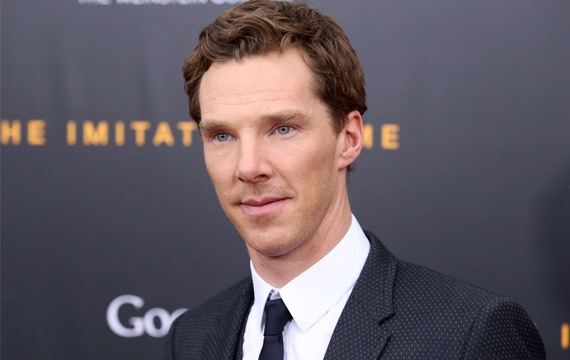 The 35-year-old actor admits it’s been fantastic to return to Loki after four years away and reunite with Hemsworth.

He said: “It’s so exciting because I haven’t played Loki for four years. The last time I wore the costume was at San Diego Comic-Con in 2013. The best thing about it, honestly, is working with Chris again. I first met him in Kenneth Branagh’s house in England in 2009. We were mere children, in the very beginning of our acting journeys. We made an instant connection, and it’s been extraordinary to share the ride with him – this mad journey with Marvel. Anthony Hopkins has been on set this week. And Taika Waititi is magnificent. He has found a way of honoring everything that came before but doing his own thing. And he’s so funny. His films – and if you haven’t, you must seek them out: What We Do in the Shadows, Hunt for the Wilderpeople – they have this combination of light-hearted, good humor and emotion. They’re very moving. Everyone’s really happy. Of course, we’re just at the beginning. I will be here (in Australia) until the beginning of November.”

Doctor Strange is due for release in November, while Thor: Ragnarok will hit cinemas in November 2017.

Benedict Cumberbatch: Marvel Makes Me Feel Like a Rock Star