I’ve been enjoying the F1 video game series since 2012. Not because I was a fan of Formula 1, but more so because I liked the high speeds and the uniqueness of the series and enjoyed playing all racing games. However, at the time, I wouldn’t take the rules and tactics of Formula 1 too seriously. Heck, any racing game I played I treated like bumper cars as I attempted to rough my way into first place. Basically, racing games for me were all about going fast and doing what I could to bump the cars in front of me off the road so I could overtake first place.

I should also mention that I never played any of the F1 games above the Easy difficulty setting. Again, I just wanted to go fast and win without having to try too hard.

Well, my interest in Formula 1 has grown since the early days of playing the game. A few years ago, I watched the entire Monaco race and enjoyed it quite a bit. That inspired me to watch another race that same season. But then I fell away from the sport. In fact, I became so busy this past year that I never even played F1 2016. Well, until the start of the new Formula 1 season, that is. 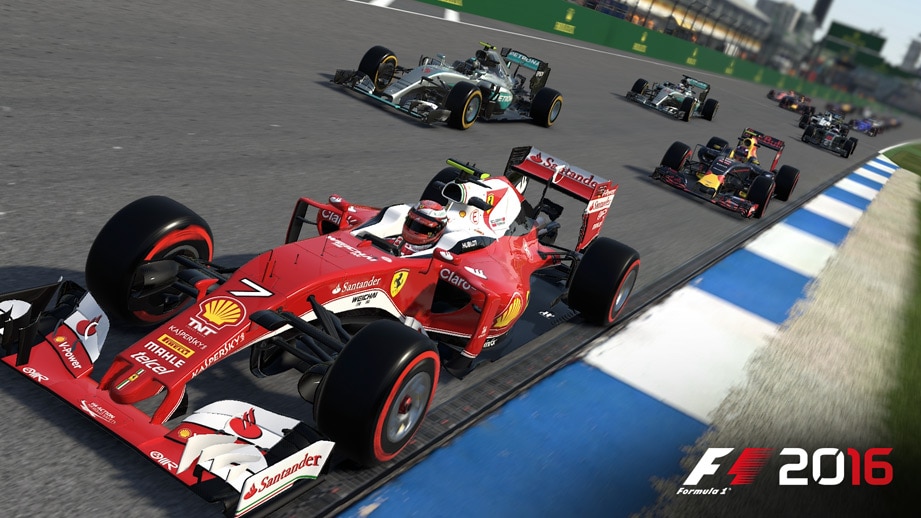 I saw the advertisements all over television for the new 2017 season of Formula 1. Thankfully, it was on at a time that worked well for me and I decided to watch the Australia race. Hearing all the talk about the Mercedes dominance as of late and then seeing Vettel take first place for Ferrari made me fall in love with the sport. Again, I’ve always appreciated Formula 1, but it was more about just having fun in a video game. But in that moment, I began to take the sport far more seriously.

Afterwards, I had to set TV reminders for the qualifying and race for the Chinese Grand Prix. When qualifying started I began to fall even more in love with the speed and perfection that goes into achieving the fastest lap to obtain the top qualifying position for the race. It wasn’t even the race, but the qualifying that inspired me to get my hands on F1 2016. I wanted to race these same tracks and push the limits to obtain the fastest times possible. I didn’t even need to see the next race to become fully addicted to the Formula 1 2017 season and F1 2016 game. Just like that I was already there!

Of course, I watched the Chinese GP race as well, and then watched the qualifying and race for Bahrain. And now I’m patiently waiting for the Russia Grand Prix. Within weeks I’ve turned into such an addict, but thankfully I have F1 2016 to keep me entertained in the meantime.

When it comes to F1 2016, I’m now taking racing seriously. I’m participating in each practice to fully learn and understand the track. I’m pushing my qualifying sessions as fast as possible to earn pole position each time, and I’m winning multiple races. I’m also doing this on Hard difficulty as I’ve turned away from Easy. Of course, I’m also seeing that I still have a good advantage over the AI on Hard difficulty and could probably increase the difficulty to the next level or two. But I’m having more fun than ever with F1 2016 as I take it seriously by playing with more competitive AI and using simulation damage with no rewind capabilities (I lost two races because of that, but that’s a good thing – I learned from it!). I’m now a fan that likes to make it as real as possible, to the point of where I can still handle it though. I have a lot to learn and a long way to go in terms of skill as I stand no chance against Ultimate difficulty AI settings. Maybe I need a racing wheel for that? I’m guessing if my enthusiasm continues I’ll have a racing wheel before the end of the 2017 Formula 1 season.

I can’t wait to continue my F1 2016 career and hopefully win many championships while continuing to up the difficulty to see just how good I can get. It’s exciting, fun, and better than ever for me personally now that I’m taking the art of Formula 1 racing more seriously. Also, the presentation in F1 2016 has gone far beyond what it used to be and I’m liking it a lot more as well. Talk about a perfect time to fall in love with the sport.