Your Geek Girl has gone NASCAR.

Last weekend, I attended the Food City 500 in Bristol, Tennessee, and even though the main event got rained out. I had a pretty amazing weekend of NASCAR education – and I left with an appreciation for racing that I’ve never had before. 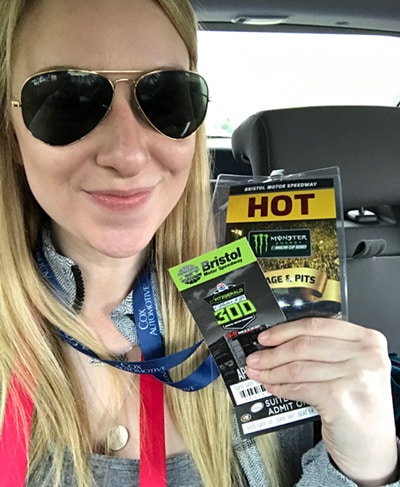 As a nerd that loves data, I had no idea how technical NASCAR actually was. Like most people unfamiliar with the sport, I just pictured sunburnt individuals (PC way of saying rednecks?) drinking beer and rooting for car crashes. And, yes, that is a fraction of the fandom that loves this sport for sure. But, there’s also a lot more to it… it’s honestly all about strategy and a passion for cars and racing.

So in my weekend of NASCAR enlightenment, I thought I’d share with you 9 things I learned from my first NASCAR experience.

Bristol Is A Short Track Race
Cars go about 140mph on Bristol’s track which is .5 miles long. Also the number in a race name is actually the number of miles they cover in the race. For example, the Food City 500 – is a 500 mile race! 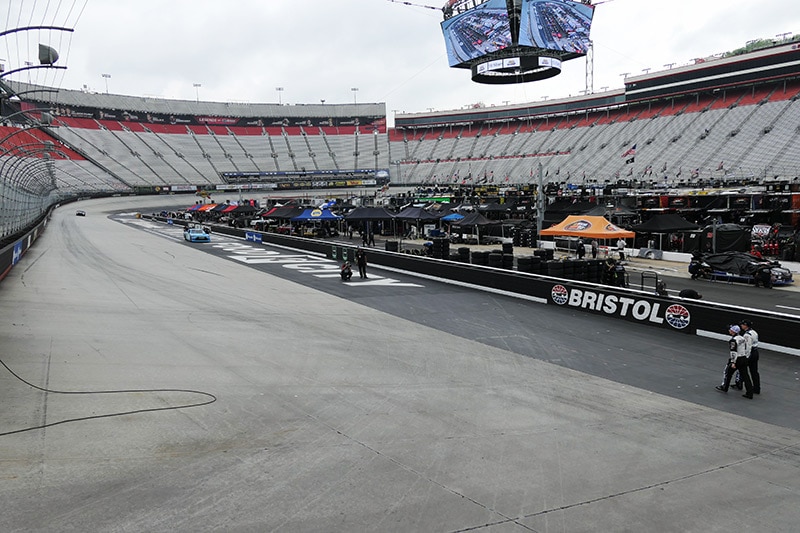 Bristol is one of the most popular tracks on the NASCAR schedule due to its distinct features which include incredibly steep banking, two pit roads, an all concrete surface, and coliseum stadium seating.

Joey Logano also explained a few additional fun facts about Bristol’s track to this newbie in the Facebook Live video I did with Autotrader – Take a look below!

Drivers Are Fans Too
Joey Logano is a Revenge Fan.

One of my favorite moments from the weekend was Joey thinking that I looked like Revenge‘s leading lady Emily Vancamp. It’s no secret that I adore fandom – and there’s few things that make me smile more than seeing someone geek out over something – especially when it’s completely unexpected!

Find Your Zen
This is called scuffing tires, and it’s the most soothing thing I’ve ever seen.

There’s something incredibly soothing about watching the pit crews do this. 😂😂#TeamAutotrader #ad @AutoTrader_com #itsbristolbaby pic.twitter.com/fWnKolwFkB

Why can’t I stop watching this video? Why? I literally just stared at this like I was in a trance when I saw it happening. If you’re wondering the technical reason for why they do this to the tires…

Another fun fact about the tires, most of the teams remove the air from the tires and actually replace it with nitrogen. Compressed nitrogen contains less moisture than compressed air, so that when the tire heats up – any moisture in the tire vaporizes and expands – which causes the pressure inside the tire to increase. Because changes in tire pressure can have a huge affect on the handling of a car, teams use nitrogen to have more control over the pressure.

Bring Ear Plugs
Bristol is said to be the loudest track in NASCAR. It will hurt ears if you don’t have protection.

Holding out hope that the race happens today! I’ve had a blast working with @autotrader_com this weekend to cover #FoodCity500! #itsbristolbaby #nascar #teamautotrader #bloggerlife @team_penske #ad

I considered posting a video of how loud the practice sessions were – which I’m sure doesn’t even compare to the sound level of the actual race. But instead I went with what now is my most popular Instagram image (how cool is that?!). Imagine the sound, and come prepared with earplugs when you’re going to hear the real thing.

The Air Titan Trucks Are Loud AF
Did I mention bringing ear plugs?

If there’s any moisture on the track – you’ll hear these trucks. They’re quite loud – and will hurt your ears if you don’t have ear plugs. 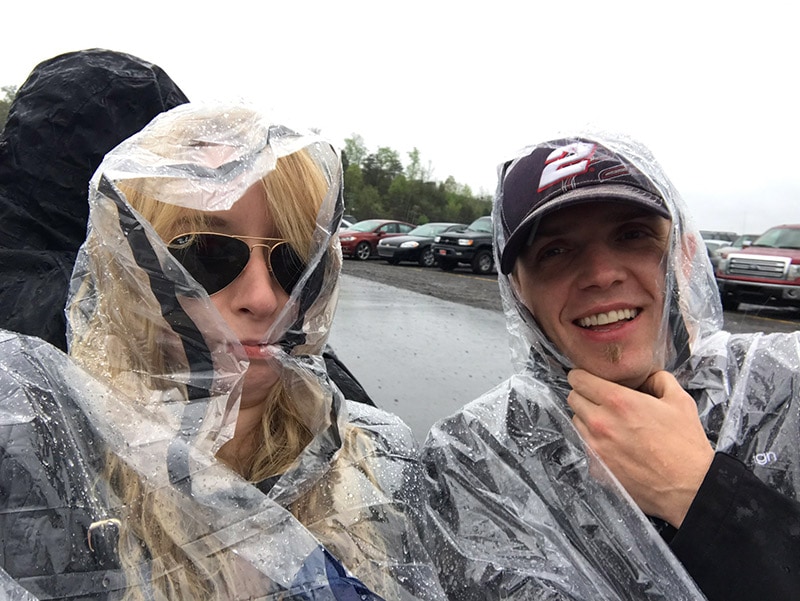 Yes. I’m holding the poncho on my face with my teeth… don’t judge.

Watching me try to pack for this trip was really amusing according to my boyfriend. I had no idea what to wear… Jeans? Shorts? Cut-off tank tops? I mean I wanted to look nice, I was going to be attending in a work capacity after-all.

The best advice I can offer is to be prepared. Be prepared for lots of walking, for it to be hot, for it to be cold, and for it to be flood conditions. Pack it all. Ponchos or waterproof jackets are a must – because umbrellas aren’t allowed in the stands and weather reports aren’t reliable.

#SlipperyWhenWet
If it rains, races don’t happen. It’s way too dangerous for the drivers. 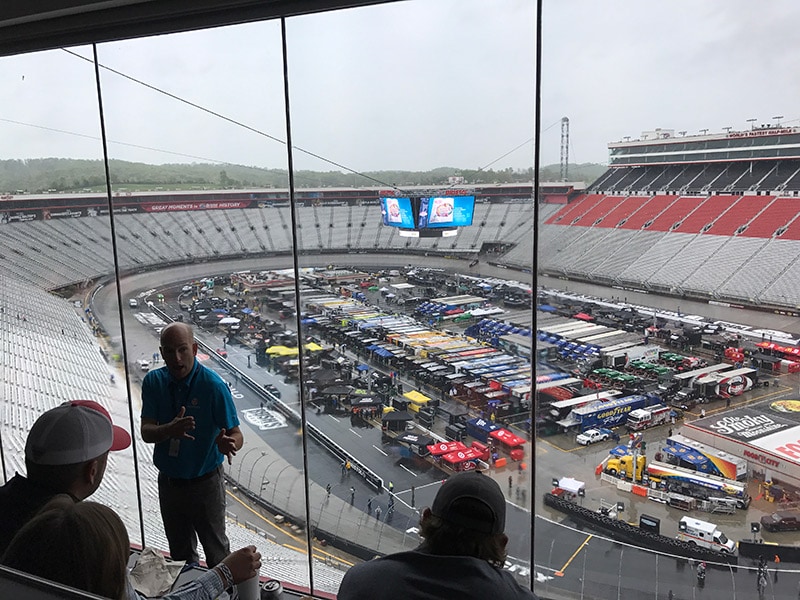 Another fun fact about the tires, NASCAR tires don’t have tread – which is what helps the tire grip the road when it’s wet. However, when it’s dry – tires generate more traction when their sticky rubber is in direct contact with the track.

If it rains…. there’s always bowling…
If you aren’t so great at bowling, put up the bumpers and make a new game. That’s what we did (also there’s not a lot to do in Bristol, so your best best is the Bass Pro Shop where this bowling alley resides).

Surprisingly, I was only slightly better at this version than regular bowling, but I’m only posting the videos that make it look like I have mad skills.

Drivers Have Cool Planes
The drivers arrive and peace out in style. This may not be surprising for most people. These drivers are incredibly successful after-all, but for your team to have their own private jet…. this girl was impressed. 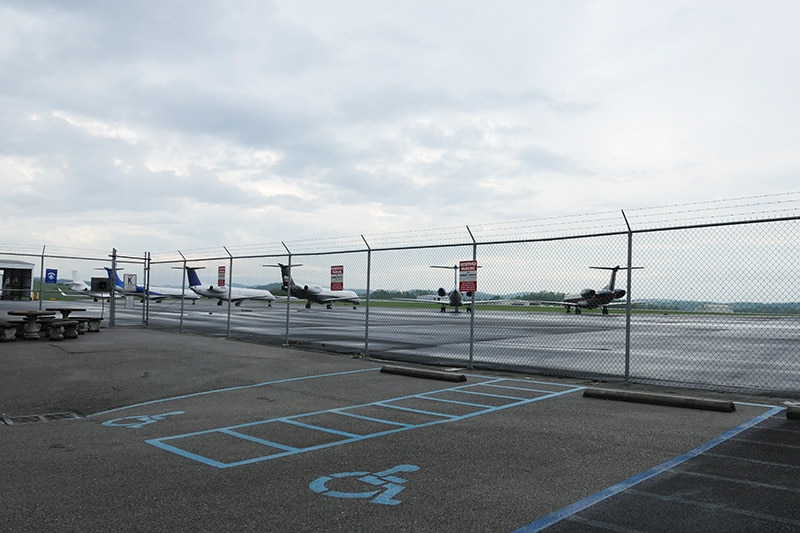 And to wrap things up… here’s my race day video. Race or no race… it has been a blast!

So there you have it. My first NASCAR experience in a nutshell. I have to say that despite the race getting postponed, I had an incredible time! The story that NASCAR doesn’t really tell, is that it’s really all about fandom and connecting with people who are truly genuine. I came out of this weekend with a bunch of new friends – and a new thing to geek out over!

This post is sponsored by Autotrader; however, all thoughts and opinions are my own.