Home » Gaming » The Franchise That Changed The Way We Game Forever

The gaming industry has evolved since the turn of the new millennium, into one of the strongest, most competitive business environments anywhere in the world. Video games have gone on quite a journey, worthy of a Hollywood-grade movie or documentary. From the humble beginnings of pinball, Pac-Man, Pong, Snakes, to the epics of the modern world such as Mass Effect, World of Warcraft, Gran Turismo, and Minecraft. It wasn’t easy to get people to take moving interactive pixels seriously, but one franchise carved its way through the market, and into the homes of millions of consumers. In doing so, it has cemented its name in entertainment history and will be talked about for years and years as the benchmark hero of the industry.

The first game was released in 1997, with the gameplay being rather rudimentary but very refreshing. The player took control of the central character and went around a city with a devil may care attitude. You could do anything in this open sandbox game. But, on the PSX, it was a top-down view of what you were doing, and it was only single player.

As the year 2000 approached, the series author Rockstar Games released GTA 3 and the gaming world was never ever been the same again. This time in third person, you took control of Claude Speed in a mockup of the City of New York, you went around doing whatever the hell you pleased. From working for ganglords, starting fights, stealing cars, doing insane jumps in sports cars to even flying a plane while the police chased you. 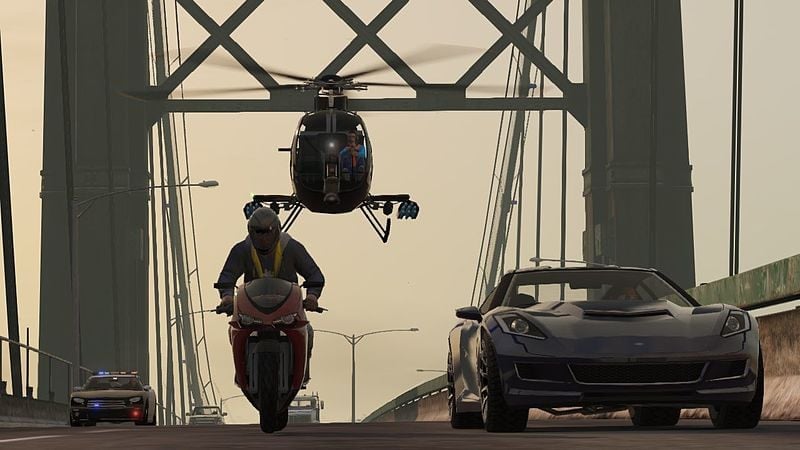 Gaming news was set alight with the latest iteration, GTA 5, released to the public in 2013 and so far has grossed over 3 billion dollars from 70 million copies sold. Being able to do most of the same and so much more as the previous games, this time Rockstar Games catered for PC gamers the most as GTA Online was the star of the new game. Players from around the world can now play and interactively compete with each other in online servers of the game. Consumers rushed to get detailed information on gaming PCs, laptops, and other systems just to access this feature. It’s been hailed as the moment modern online gaming truly opened Pandora’s Box. Virtually nothing is limited, and anything at all is possible in the GTA Online universe.

Features that previously only existed as mods and download packs made by players themselves, have been fully incorporated as part of the game. Cops and robbers is a mode where one player is in a family saloon car and need to escape a designated area, while the rest of the players are all in cop cars trying to prevent this from happening. Servers can hold up to 32 players on one server, so you can image the chaos and mayhem.

You can buy supercars, superbikes, properties, businesses, fighter jets, ice cream vans and even land. You can fight, drink alcohol, steal cars, go racing on suspended customizable tracks, have shootouts, turf wars, dogfights in combat planes, run a business and participate in sporting events like a triathlon. It’s universe truly of its own, there’s nothing you can’t do, and GTA Online is always being updated with the latest bug fixes, patch updates and content Rockstar and player mods can think of. Some have said it’s like an interactive mad max movie, and others claim it to be some form of modern art. A truly amazing entertainment saga.

The Franchise That Changed The Way We Game Forever