We sat down with Damon Lindelof, Tom Perrotta, and Mimi Leder – the creative team behind HBO’s The Leftovers – at the 2017 ATX Festival to chat about the series, the fans, and the music. Take a look at our conversation below!

What was your most memorable fan moment or fan experience with the series?

Damon: At the end of the second season, we were on the bubble. It looked like there was not going to be a third season, and we were trying to start making our peace with that, and then apparently a group of fans self-organized and dressed up in white.. They sat outside the HBO building and smoked cigarettes while holding up signs that said, “Bring The Leftovers back”, and, “Save The Leftovers.” I’m not on Twitter anymore, but some friends of mine in New York, sent me those photos and, I was pretty overwhelmed by it.

Tom: Yeah, I mean, every Halloween now, I get a bunch of pictures emailed me of, of fans doing the “Guilty Remnant Halloween,” you know, that’s pretty cool.

That’s really cool, I actually I cosplayed as a Guilty Remnant member at Dragon Con a couple of years back, and it was really funny, because the people that got it, really appreciated it. The other people that didn’t get, they were like “Why are you not saying anything?”

Damon: The GR would totally blow up Dragon Con [laughing]. They’d set the sights on it for sure.

The Leftovers music, it was such a powerful part of the series. Can you guys talk about everything that went into finding the right piece of music? Finding Max Richter? And what was your reaction the first time you heard the score?

Damon: Peter Berg went to go to see … I always confuse it.

Damon: Macbeth, it was a one man show that Alan Cumming was doing in New York, around the time that I was shooting the pilot and he said, “You got to find out who wrote the music,” because in between the scene breaks, they’re playing this really cool music. He found out it was this guy named Max Richter. He was most well known for this piece of music called, “The Nature of Daylight”, which I think that they used in The Arrival, but it’s a piece of modern day classical music, and he’d written a couple of like indie films scores like, “Waltz with Bashir.” Then some classical albums, so I was able to listen to a lot of his music, and we reached out to him and told him about the project and he said, “I’m open to scoring a television show, so when you shoot a pilot, you have to temp it, you have to temp it”, and we ended up temping it with Max’s music from all these other sources.

In big moments like when the mother loses her child in the opening, instead of going like, “Dun, dun, dun, dun, dun”. We used these, these sort of sad piano riffs, knowing that if the show got picked up, they’re going to have to get replaced, fortunately by the same guy who did them in the first place, so I fell in love with the temp, they call that “Tempitis” in the editing room, ’cause your brain just start to get really use to it.

Damon: Then Max wrote original score for all those pieces and it was beautiful, The Leftover‘s theme, the same music that you hear over and over. It’s not like we heard it and gave him notes, that’s what it was, I mean and so, with Matt, what did I feel the first time I heard that music? The same thing the audience feels, like kind of devastation and sadness and beauty. Like beauty and sadness don’t feel like they are chocolate and peanut butter but they are, they go great together. Richter’s music just does that.

Tom: Knowing that it was, you know, such a big part of what the show turned out to be, I remember Pete wanted to put in more tense music, and we’re both like “No, no” ’cause it didn’t exist yet. The scene that really did it for me was the do burial, in the pilot which also has a beautiful Richter score, and it was shot at night, lit by the car’s headlights. We very quickly felt this music is, somehow distills the emotional essence of the show.

Damon: Right and I think the mistake we made, perhaps in the first season, musically, is we didn’t use enough … We didn’t contrast the score with enough other music and so by the time we got to the second and third seasons, it was like the Richter stayed but we also brought in popular music, needle drops, country music, and Verdi.

Tom: All kind of spirituals …

It’s interesting you mention that, because it was an interesting shift with the music of the opening credits in Season 2 and 3 from Season 1, but then also some of the contrasting scenes you would have been the music and what would be happening on screen.

Damon: It actually created a whole new texture for his score to play inside of, but it felt like it was highly adaptable to it, and then it got to the point where, you know, we only peeled out that music, like it was … When I was growing up there was show The Incredible Hulk, and they could afford for Banner to turn into Hulk twice an episode, and I kind of feel that way about Richter’s music, which is when you deploy it, you’re turning into the Hulk, you’re going to smash some shit up. Right? You’re going to wake up in your jeans with no memory of what happened.

Tom: We removed from the opening credits.

Tom: When that was a very, very heavy piece of music.

Damon: Right, even though we loved it.

Damon: I know, but I also felt like again in season one when Patti takes Laurie away from the GR for that really intense hall of notes, and it turned out the cheesiest pop music also went really well. 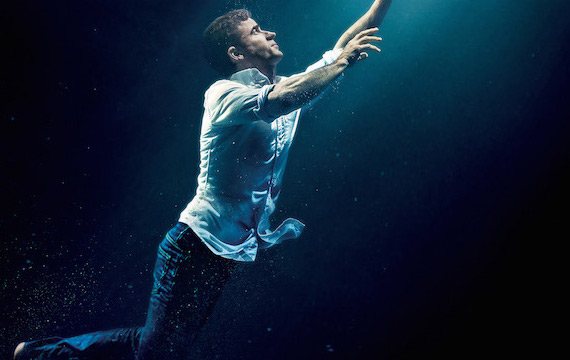 In the panel, you guys were talking about when Mimi came in as an executive producer, in episode five of season one, can you guys kind of talk about how you knew it was a good fit? And how that helped to evolve the vision for the series?

Damon: I think a couple of different things were going on, Peter Berg who directed the pilot made it very clear that he was going to leave after the pilot. We were writing the show and editing the show in LA, so we needed someone to be in charge in New York, and Lesli Linka Glatter was doing that job initially, but she had to go back to Homeland, and we knew that she wasn’t going to be able to finish the season and we’re starting to feel anxiety about it. She was going to leave around episode six or seven and Mimi was already booked to direct episode five. And so, once Mimi came in and directed the fifth episode, immediately the level of communication just between us and Mimi, as the episodic director, we didn’t need to finish sentences anymore. She was just like, I got this, I know what you want.

I was like, she does get it, I’ve never worked with this human before, but she does. Then she directed that episode, which I thought was stellar and I think as soon as we saw your first cut [looking to Mimi], we called you, and we’re like, “Can you stay on the show forever? Can you just stay on it forever, as long, as we’re making it? You were kind and generous enough to say yes,” and so she directed, two more episodes of the first season, which I don’t think you were originally slated to do.

Then fortunately, when they picked up the show for the second year, there was never any questions on our parts as to whether or not we wanted her to come back, but fortunately she did. Then we told her it was going to Texas, and she was like, “Cool.” I went to Texas, so I could answer any questions that Mimi had.

Mimi: Yes, it was very fun, I remembered Justin [Theroux] said, “I’m very fond of this”, you know, communication. One of the memories that I had of season one was, Tom came to the set on the day we were shooting finding the baby on the porch, and it was his literal words that were in a novel, you know, look what I found. You know, I was very confident in the entire filming of the show, but when he showed up for that last line, I kept looking at him like, “Is that good? Is that everything that you wanted it to be,” because it was the last words of his novel.

Tom: She just shot take after take of it, but it was all great …

Mimi: I had it, but I just had to keep going, it’s fun. Sometimes, you just gotta, you know, stop.

Did you love the series finale of The Leftovers? Let us know your thoughts on the series in our comment section below! 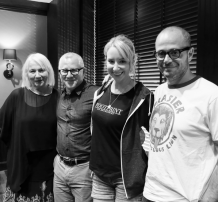 I have to say thank you to these 3 individuals along with HBO and everyone involved with The Leftovers for creating such an amazing series. It struck an emotional cord in me from the very beginning, and it continues to stay with me now that it has come to an end.

I think it’s safe to say that shows like this only come around once in a blue moon. It’s rare to find a show that has a truly powerful story to tell paired with such a talented cast – not to mention incredible cinematography and such a haunting score. It wasn’t always an easy show to watch, but it was always one that stuck with you and created opportunities for discussion once the closing credits rolled. The Leftovers may have now departed fans, but we won’t soon forget all the feels that it left us with.