Lorenzo di Bonaventura confirms the Transformers spin-off movie Bumblebee will have a female-lead.

The 59-year-old producer has worked alongside filmmaker Michael Bay on all five of his robot movies and although the director is stepping away from the franchise, studio Paramount and toy company Hasbro – who own the rights to the brand – are already working on a spin-off based on the fan favourite Autobot Bumblebee.

And di Bonaventura promised the upcoming spin-off will be a “very distinctive departure” from the film series.

Speaking to Collider, di Bonaventura said: “I know we’re doing a spin-off first in the ‘Bumblebee’ movie and that is a very distinctive departure from what you’ve been seeing so far. The objective of that movie is to develop more time with less robots in a way and to go back to 1985 and go back to sort of the original heritage if you would of the ‘Transformers’. G1.

“So it has a very distinct idea in it and then whatever is gonna happen with the chemistry is what’s gonna happen but it really is a young female lead opposite Bumblebee and I think Optimus Prime is gonna be jealous that Bumblebee has his own movie.”

Bumblebee made his movie debut in the 2007 Transformers movie as a lovable yellow Autobot who protected Sam Witwicky (Shia LaBeouf) from the Decepticons and instantly became a fan favorite.

The film will be written by Christina Hodson and directed by Kubo and the Two Strings filmmaker Travis Knight – which will be his live-action debut. 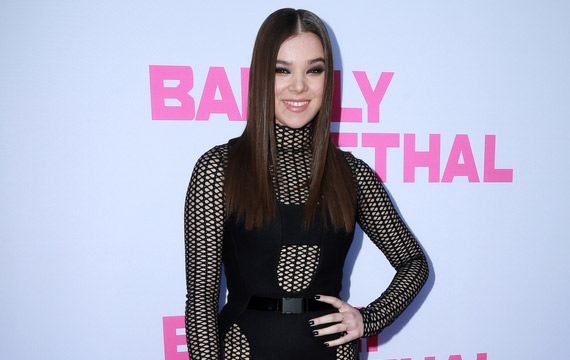 Actress Hailee Steinfeld is reportedly being eyed to take on the leading role, Collider report, and di Bonaventura says the film will have an Iron Giant feel – a film he made in 1999.

Di Bonaventura confirmed the film will be set in 1985 which is an important year for the Transformers franchise as it was the year the toy line was first introduced.

The Bumblebee movie is slated for a June 2018 release.

Paramount also revealed they will be working on a sixth movie in the main franchise and are confident they can find the right director to helm the project and stick to their planned release schedule.