New Girl actor Jake, 39, starred as the Jurassic Park T-shirt wearing Lowery Cruthers in Jurassic World who was part of the team responsible for the dinosaur-filled theme park’s security.

Trevorrow – who helmed the 2015 box office smash – has now revealed that the character will not be seen in Jurassic World: Fallen Kingdom but teased that his no-show doesn’t mean he’ll never be seen in the franchise again.

Speaking to Den of Geek, the director said: “He’s not in ‘Jurassic World 2’ for the same reason that any other actor would be excluded from a movie. Unless we can find a genuine, organic way to make it not seem like he’s just in it because he was a great character in a previous film. It doesn’t mean he’ll never be back and I’ve had conversations with almost all of the actors going back to the previous films about how important their legacies are to these movies and yet also how important it is continuously change and evolve them into something new.”

Jurassic World: Fallen Kingdom sees the return of Bryce Dallas Howard, 36, as Claire and Chris Pratt, 37, as raptor trainer Owen, as well as original Jurassic Park star Jeff Goldblum as Dr. Ian Malcolm, and it has just wrapped up its UK shoot. 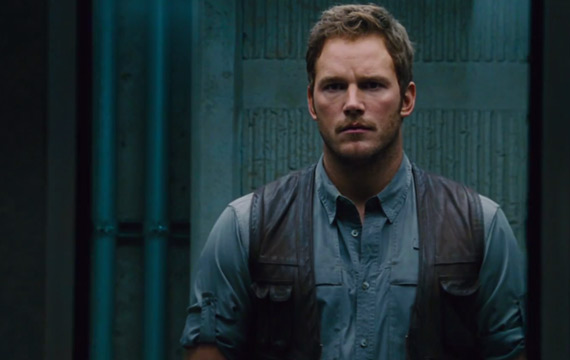 For the fifth installment in the Jurassic Park franchise, Trevorrow stepped away from directing duties handing over the reins to Juan Antonio Bayona while he remains working on the script.

Trevorrow said: “Because ‘Jurassic’ is not a forever franchise in a traditional way. If it’s going to be something that continues to exist it has to be earned on a movie by movie basis. The reason why I didn’t want to direct it myself, why I brought J.A. Bayona and why in our screenwriting decisions we’ve taken it into a very different direction that’s much more character based than previous films, is all from that need to constantly evolve and change.”

Jurassic World: Fallen Kingdom has been slated for release in June 2018.