Following in the footsteps of Orange Is The New Black, Daredevil, and Stranger Things, GLOW has become the latest Netflix Original series to really catch on and become a cultural phenomenon. But it’s also brought with it another interesting phenomenon. The costumes, the people, and the business of professional wrestling is attracting a lot more attention. So, if GLOW has you in the mood for suplexes and spandex, where should you look next? 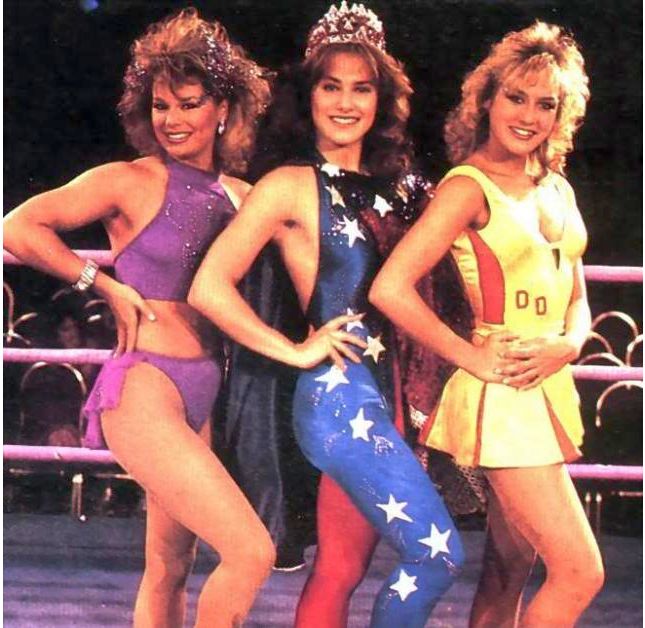 The story behind the story

In case you weren’t aware, GLOW wasn’t made up entirely from scratch. While the characters are originals, they take their inspiration from real life women wrestlers. GLOW was a very real show that some of us are still old enough to remember, too. While it can be a fun romp to go watch some of the old televised shows, there’s a great documentary called GLOW: The Story of Gorgeous Ladies Of Wrestling that takes the behind-the-curtain peek that makes the Netflix series so entertaining, too. It’s easy to see where the inspiration came from when you’re comparing the series to its real life counterpart. In particular, the similarities between character Machu Picchu and real-life wrestling legend, Mount Fiji, are pretty hard to not notice.

If you want to see more ladies kicking butt, then watching some actual televised women’s wrestling is a good place to start. The real-life Gorgeous Ladies Of Wrestling was revived in the early 2000s, but the most popular modern equivalent is WOW: Women Of Wrestling, which currently has five seasons broadcast primarily across digital media after getting its start on Youtube.

It can get kitschier

Perhaps you want more fictional stories taking on the odd subject of wrestling. There are some much more serious takes on the matter, such as the fantastic Mickey Rourke drama, The Wrestler. However, there are also plenty of much cheesier films like Ready To Rumble which veers heavily into the so-bad-it’s-good realm. It’s also a snapshot of what pro wrestling was at its height, being produced by WCW and incorporating many of its stars-of-the-day in the film itself.

Wrestling through the ages

GLOW provides an excellent snapshot of the time and dramatizes it to make it all the funnier. If you want to explore the pop culture phenomenon that is classic pro wrestling, then there are some great video podcasts like http://oswreview.com/ that focuses on the “Hulkamania” era of wrestling in the World Wrestling Federation/Entertainment side of the business. If GLOW has your nostalgia goggles on, then it’s definitely worth taking the trip back to the past.

See it in real life

Beyond being a terrifically funny show, GLOW has also ignited a childhood love of wrestling in a big way. If you’re feeling that childhood fan being reawakened, then perhaps it’s worth going to see a live show just to get the spectacle and theatre of it all right there before your eyes. Ticket suppliers like http://www.headlinetickets.com can help you find the shows nearest you. Nowadays, WWE is the biggest wrestling outfit there is, so you’re likely to have more luck finding the show that adequately captures the spectacle of wrestling from them.

There are great TV series, podcasts, and documentaries that can take you a lot deeper into the weird, wonderful, and often fascinating world of pro wrestling.  Before long, you might even be willing to call yourself a wrestling fan.