Universal Orlando’s 2018 Halloween Horror Nights is going to be the biggest event to date with more houses than any of the previous years. We’ve already learned about the major IPs coming to HHN (Stranger Things and Trick ‘r Treat), but every year there are always a number of original houses that vary in themes. This year is no exception as Universal has announced “Slaughter Sinema!” 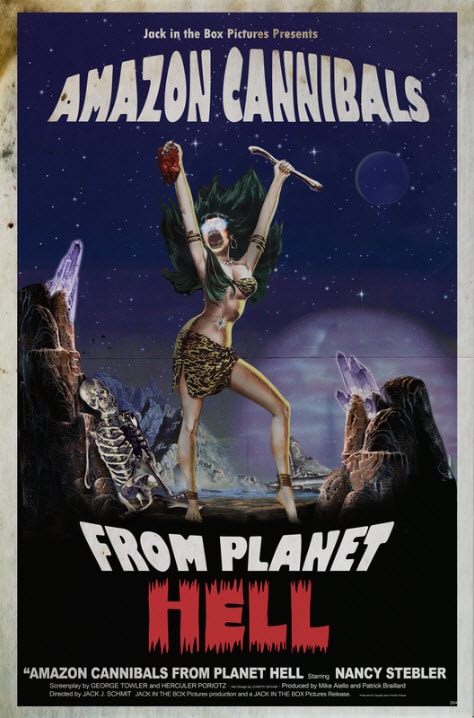 Building on the horror and grindhouse films of cinema’s past, the Slaughter Sinema attraction will take guests through a maze of multiple different original films one would expect to find at the drive-thrus of old:

“It’s showtime at the local drive-in. As you approach, you’ll see movie trailers of what you’re about to witness, filling you with dread as you make your way inside. The smell of popcorn will be first to hit your senses as you find yourself in a movie theater snack bar. But from there, it’s all downhill for this double-feature.

In one film, you’ll be hunted by werewolf bikers. In another, you’ll come across a bloody, gut-strewn pumpkin patch. And did I mention deadly barbers?

You’ll find yourself screaming through this sinister sinema as you try to avoid becoming the snack of alien cannibals, creatures with tons of teeth and a ravenous swamp yeti. Yes, you read that right.”

Halloween Horror Nights kicks off on September 14th and runs through November 3rd. Tickets and more information about the event can be found on Universal Orlando’s blog!