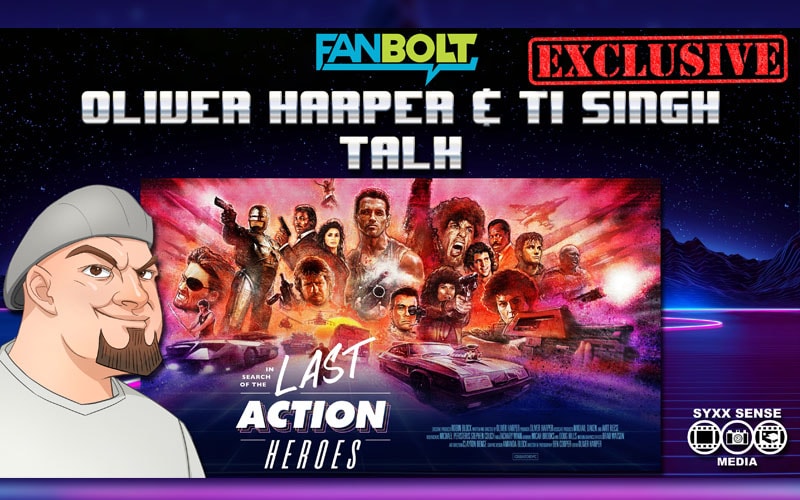 I am a child of the ‘80s. Growing up in the back of a VHS rental shop with nearly every movie at my disposal, there’s no mystery as to why the action and horror genres were my favorites. There is a magic that came along with the ‘80s that cannot be replicated in today’s action films. The balance of overblown machismo, unlimited ammunition, and violence on tap worked only during that decade of decadence. Attempts to recreate it in recent years, while OK, just can’t match the brawn of Arnold, or the steely stare of Stallone in their prime.

While I could wax nostalgic for quite some time, the visual medium is far more effective at conveying my love for these films. Over the years, we’ve seen a number of indie and amateur filmmakers emerge in the digital realm to scratch our itch for the action flicks of old. On YouTube, where thankfully the time of the ‘Angry Reviewer’ has come to a close, what has taken their place is far superior in quality. As I mentioned in my Kim Justice interview, this new batch of genre fans is turning streaming sites into the true next gen landscape for documentaries.

I reached out to one such creator, Oliver Harper. Like myself, Oliver grew up during the heights of the action genre and saw it slowly fade from greatness. His YouTube channel is loaded with several great retrospectives, and he can cut together one hell of a trailer. Now, he is putting those skills to good use by creating a documentary that will no doubt please all of us who were raised on muscles, huge guns, and big explosions: ‘In Search of the Last Action Heroes.’

Oliver and his producer, Ti Singh, sat down with me to discuss how this project came about, and the tough road that any documentary filmmaker faces.

The fully funded doc is currently in production, but there is a currently an Indiegogo open to make the final product even better.

Tags: In Search of the Last Action HeroesOliver Harper