In recent years, anime and manga have grown exponentially in popularity. And many great female and male anime characters have come out of the genre. With so many to choose from, it’s hard to pick the best anime characters of all time.

Everyone has different opinions on what makes a character great. Does the overall anime series have to be great, or can an individual character be great on their own?

Do anime fans want to see interesting characters, or would they rather see a character they think is a good person? Can villains be great anime characters? It all depends on your perspective.

Here are some of the best male anime characters we think deserve a spot on the list.

While there’s so many to choose from, here are some of our all time favorite anime boys.

Brothers Edward and Alphonse are what make Fullmetal Alchemist: Brotherhood such a good anime series. They have such a tight bond, and it’s heartwarming to see how much Edward loves and protects his little brother. They began seriously dedicating themselves to Alchemy to try and bring their mother back to life.

The brothers knew the risk of partaking in the condemned art of human transmutation, but they were desperate. It all went wrong, and Edward had to sacrifice his arm and leg to put Alphonse’s soul into metal armor when he almost died.

He honed his skills and is now the youngest State Alchemist ever at only 12 years old. 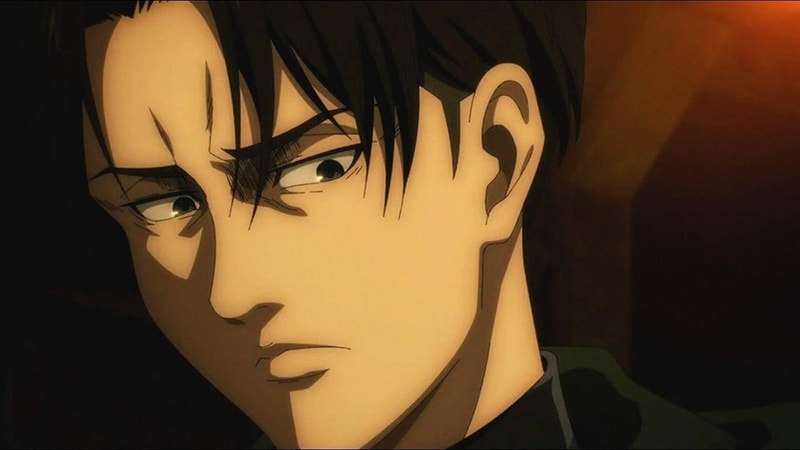 Levi is intimidating and respected in Attack on Titan. He’s the captain of the Special Operations Squad under the Survey Corps. In this universe, Titans constantly put what’s left of humanity at risk.

His bravery and reputation as humanity’s strongest fighter make him invaluable to the city. Don’t get on his bad side, and definitely don’t make a mess. He’s well known as a clean freak.

Spike commonly gets named as one of the coolest characters in anime. He used to work as a member of the Red Dragon Crime Syndicate. He leaves that life behind when he fakes his death after falling in love with Julia.

Spike partners with Jet Back as a bounty hunter. They work together to pursue criminals across the galaxy with the Swordfish II as their ship.

Shoto studies with the Class 1-A at U.A. High School. He trains with the rest of his peers to become a Pro Hero.

Shoto comes from a complicated family life, and that shows in his cold personality. He prefers time alone over hanging with other people. Over the course of the show, he develops a sense of humor and becomes more social and kind.

Representation not only makes the story more vibrant but helps people connect to the characters when they see themselves represented on screen. Here are some of the best black male anime characters out there.

Tōsen plays one of the primary soul reapers in Bleach. He dedicated his life to fighting on behalf of justice while avoiding violence when possible. A woman he was close to was killed senselessly by her husband while at the Shin’ō Academy.

When Tōsen formally asked why her husband received no punishment, guards carried him away from the elders. He became a Shinigami in order to uphold his passion for justice.

In order to take vengeance on behalf of his father, Afro developed his skills as a swordsman. When he was young, his father Rokutaro was beheaded in front of him. This trauma follows him for the rest of his life and fuels his fury as a cold blooded killer.

And if you need another reason to enjoy watching this character, Samuel L. Jackson voices him in the dubbed version.

Sid teaches at the Death Scythe Meister Academy. His students love him and enjoy learning from his wisdom. He’s a three star meister and partners with Mira Naigus.

He also ranks highly as a DWMA Central Intelligence Agency member. Shaula Gorgon kills him, but he returns as a resurrected zombie later in the series.

Although he seems laidback and chill, Dutch won’t hesitate to take you down if you don’t stay in your place. He’s got the muscle, build, and training to do so. He leads the Lagoon Trading Company, but he used to work as a patrol boat crewman for the US Marines.

Andrew is one of the 10,000 players trapped inside the game, Sword Art Online. To survive, he becomes a veteran axe-wielder and the owner of a shop in Algade.

When he makes it through the game and returns to the real world, he starts to play a Gnome in Alfheim Online. When he isn’t stuck inside a game, he manages a place called the Dicey Café with his wife.

More anime characters than you would expect feature white hair. It could mean a lot of different things: they have pure hearts, they come from the spirit world. Or the animators just thought the character would look cool with white hair.

Whatever the reason they have white locks, here are some of the best white-headed male anime characters.

Killua was born to be just what you’d expect from someone with his name. He’s the middle Zoldyck child, and his family sets themselves apart as assassins. He possesses the skills to become the best assassin yet, but he lacks obedience and rebels against his destiny.

Born into a vampire hunting family, Zero trains his whole life to take down these evil monsters. His attitude towards vampires needs to adapt once he gets bitten by one himself. He’s a tortured character, from his carelessness that caused Yarari to lose his eye to becoming what he hates most.

Kakashi grows up as a prodigy with a tortured soul, torn apart by the death around him. He focuses on the ninja arts, honing his skills to protect himself. He plays a serious character, but we look up to him for how hard he works.

Ken’s half monster, half human face and striking white hair make him a popular character in the cosplay community. He turned from a student studying Japanese Literature into a ghoul after having Rize’s kakuhou transplanted into him. His monstrous appearance doesn’t match his kind personality, but he transforms once again after being tortured.

In the Soul Eater universe, weapon meisters get paired with humanoid weapons. Soul is Maka Albarn’s partner and he turns into a scythe. They work together to train at the Death Weapon Meister Academy. They hope to someday turn Soul into a Death Scythe.

Your Favorite Male Characters in Anime

Let us know in the comments!