Home » Entertainment » The Mandela Effect: Can We Thank Alternate Realities for Our False Memories?

With the popularity of the multiverse concept rising in pop culture, many have started looking more seriously into the Mandela Effect. It’s an interesting theory that tries to explain why so many people hold the same false memory of an event or fact. But can we attribute the reason we all remember James Earl Jones saying “Luke, I am your father” to alternate realities or simple psychology?

The Origin of the Mandela Effect

So where did the name Mandela Effect come from? And what does the theory describe?

The concept arose in 2009 when paranormal researcher Fiona Broome started a website detailing her findings. She really started to flesh out the idea when she talked with multiple people at a conference about the tragic death of Nelson Mandela in the 1980s. They all remembered how the South African president passed away while imprisoned.

However, when they researched the fact, they realized that Mandela was still very much alive. He didn’t pass until 2013, and he died at home. If he hadn’t even passed yet, why did they all have the same memory of the announcement of his death? Why did they even remember seeing footage of the funeral on TV?

Broome wanted to get to the bottom of this phenomenon. There had to be an explanation for why they all had similar memories of an event that never happened and directly contradicted reality.

Explanations for the Mandela Effect

So we see this concept happening with a wide variety of examples. What’s the explanation behind this bizarre phenomenon?

Here are the two main theories to explain the widespread misremembering of facts and historical events.

By now, we’ve all seen one movie or another that delves into the possibility of alternate realities. The most popular example would be Marvel introducing the concept with the Infinity Stones. Shows like Loki and What If…? further delved into the theme and we can expect Multiverse of Madness to follow suit.

But what if the idea was more than fantasy or science fiction?

Without getting into the quantum physics behind it, some believe that the Mandela Effect proves the existence of multiple realities. Perhaps our misremembering isn’t just a mistake, but proof that we’re switching between timelines. There might be a universe where Mandela really did pass in the 1980s. That would explain why so many people remember the event so clearly.

Sound a little far-fetched? You’re not alone. For better or worse, the idea of alternative realities is unfalsifiable. That means there’s no possible way to prove or disprove the theory. So no matter how ridiculous it sounds, we can’t prove by scientific measures the impossibility of the concept.

If you’re skeptical of the alternate reality theory, don’t worry. You have plenty of psychological phenomena to choose from that explain the idea of false memories.

The human mind is imperfect. Even people with eidetic memories can only recall the image “perfectly” for a few minutes. This ability only really occurs in children, and the photographic memory we see represented in movies isn’t a real thing.

The journal Psychological Science did a memory study in 2020. They found that when asked to recall pieces of information, 76% of the adults studied made at least one error.

There are a few psychological phenomena that could explain these lapses in memory. Here are a few: 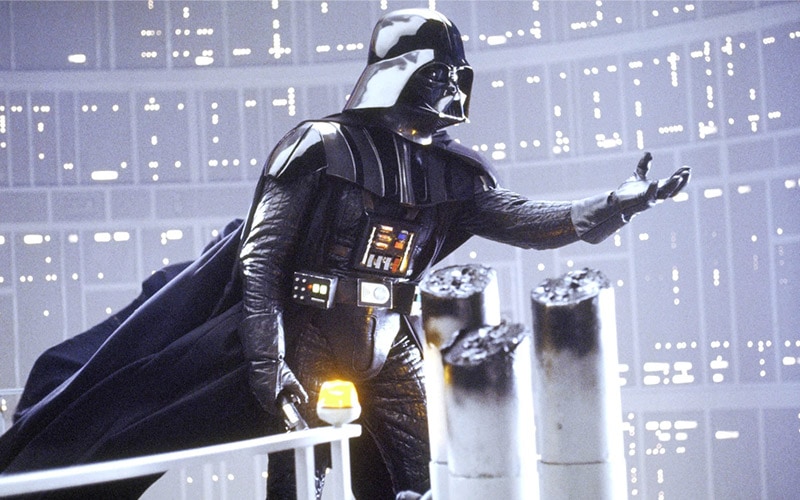 Famous Examples of the Mandela Effect in Pop Culture

There’s no shortage of examples of the Mandela Effect when we look at our collective memories of pop culture. So many famous lines and references we think we clearly remember actually never happened at all. Here are some of the most famous examples:

Does Curious George have a tail?

One of the most famous examples belongs to the beloved children’s character, Curious George.

So why do we think he does? We might be able to attribute this false idea to “gist memory.” We remember the gist of his illustration, and we also know that monkeys have tails. So it would make sense that we added a tail to his image in our minds.

The Internet’s Role in the Mandela Effect

Think about source-memory errors and imagination inflation. According to these two theories, the internet would play a capital role in the perpetuation of the Mandela Effect.

The widespread availability of false information on the internet plays right into our misunderstanding of events and facts. While the Mandela Effect can be interesting and even humorous to consider, make sure you do your due diligence when researching and forming your opinions on serious issues. It’s easy to let the most fantastical explanation carry you away from the truth.

The Mandela Effect: Can We Thank Alternate Realities for Our False Memories?