Practically all anime series are known for their ridiculously overpowered characters. And the strongest Naruto characters certainly follow that trend to the max. The Goku franchise was responsible for the infamous “It’s over 9,000!” meme. But you could easily argue that Naruto possesses the characters that pack the biggest punch.

So let’s rank the top 13 Naruto characters based on the strength they demonstrate in the series. Perhaps most interestingly, we’ll talk about where Naruto Uzumaki, the namesake for the show, lands on his own list.

The Strongest Characters in Naruto – Ranked

Movies like Avengers: Infinity War remind us that sometimes the bad guys possess so much power that the heroes can lose. With shows like Naruto, the villains rarely stand a chance.

Characters in the Naruto universe tap into the powers of chakra to fuel their strength. This physical and spiritual energy flows through them as though it’s a second circulatory system. Using this power, they can access incredible physical abilities in addition to performing reality-altering spells.

So let’s talk about the strongest character in Naruto and the top 12 characters that trail behind them in strength.

A member of the Akatsuki organization, Kakuzu possessed the rare ability to use all 5 chakra elements in combat. He has a unique body structure thanks to Earth Grudge. It’s a technique Kakuzu used to turn his body into a shell composed of countless grey tentacles. This strange structure allows him to contort and extend his limbs. They also allow him to extend his life as he steals and absorbs other beings’ hearts.

Orochimaru abducted Yamato as a baby to perform experiments on him. He implanted the infant with ninja god Hokage Hashirama’s living cell tissue. Although he wasn’t the only one experimented on, he was the only one that survived the experimentation.

He used the first Hokage’s famous Wood Style, and at one point could create clones of himself made from wood.

As we’ve mentioned, Naruto is well-known as an anime that over-powers its characters. Kakashi was one of the first characters to showcase ridiculous power levels. He grew up as a child prodigy and could manipulate 4 chakras early in life. Kakashi dedicated his life to the shinobi lifestyle and trained extensively to set himself apart. He studied under the Fourth Hokage to refine his powers and techniques.

The greatest gift Kakashi accessed was the Sharingan Eye.

Hiruzen Sarutobi set himself apart as the most powerful ninja of the Hidden Leaf villages for many generations. He learned Jutsu and even researched forbidden techniques so that he could best protect his people. His peers gave him the nickname “Professor” because he familiarized himself with so many fighting styles.

Hashirama Senju holds great importance in Naruto lore. Called the God of Shinobi, Hashirama can wield the Eternal Mangekyo Sharingan in addition to the Nine-Tailed Fox.

He mastered Ninjutsu, and can use senjutsu to enter his sage mode. 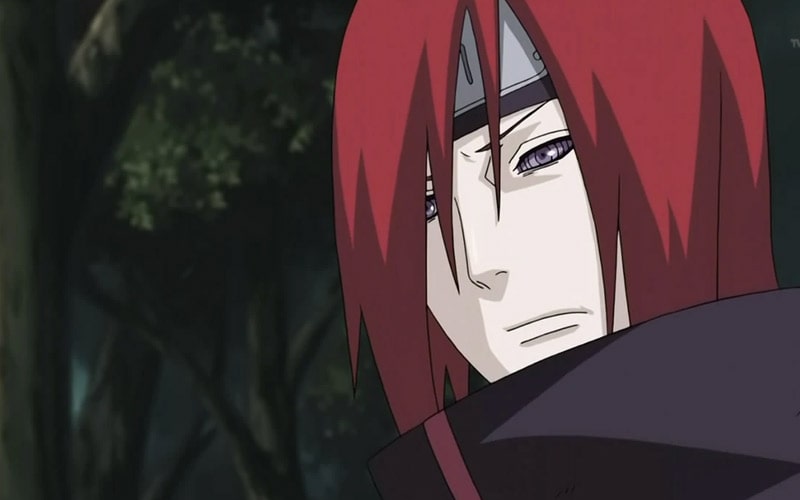 Also known as Pain, Nagato accessed great power at a young age. Jiraiya trained him, thinking he was a reincarnation of the Sage of the Six Paths. Nagato could use all 5 natures of chakra, giving him powers like astral projection.

A battle confined him to a mechanical chair, but his access to the power of the Six Paths allows him to create chakra receivers. He can reanimate corpses and control them remotely with his powers. Plus, he could control gravity, among a number of other impressive talents.

The fourth Uchiha to make the list, Obito is revealed as the character behind the Tobi mask. As a part of his Uchiha lineage, he uses the Sharingan. He took the Rinnegan from Nagato’s corpse. Together, these forces enable him to use all of the Six Path techniques.

He also can teleport between different dimensions, and can make himself invulnerable to attacks. At the height of his power, he seals the infamous Ten-Tailed Beast within himself to access its power.

To increase his power, Madara Uchiha implanted his brother’s eyes into his own. This completely normal decision unlocked for him the Eternal Mangekyo Sharingan. He now has a perfect, unbreakable Susanoo chakra avatar.

Masashi Kishimoto, creator of the Naruto manga, once called Itachi the most powerful Naruto character. As Sasuke eventually kills Itachi, it’s hard to rank him higher on the list. However, Sasuke can’t take complete responsibility for the death. Itachi was already suffering from an illness before the battle began. If they had fought while Itachi was healthy and at his peak power, maybe things would have played out differently.

Plus, Itachi wanted to lose the battle, as it was his grand plan all along. He knew that if he let Sasuke kill him when the timing was right, it would put an end to the Curse of Hatred that plagued their clan.

Itachi unlocks his Sharingan much earlier than most. He joins the Anbu black ops at only 11 years old. He successfully activates his Mangekyo Sharingan as only a teenager.

He’s a complicated character that can cast illusions, dissolve into a flock of crows, and use the Fire Style with great success.

Sasuke Uchiha watched his older brother massacre the Uchiha clan. This important event led him upon a path of revenge. He becomes the series’ anti-hero, and immediately begins training to best his brother in combat.

He uses a wide variety of teachers to train him. Ultimately, he unlocks his Sharingan and can use the Chidori technique.

Once he kills Itachi, he unlocks his Mangekyo Sharingan. He receives the Six Paths chakra from the Sage of Six Paths. His most powerful move comes in the form of the Indra’s Arrow.

The son of Princess Kaguya Otsutsuki, Hagoromo Otsutsuki is known as the Sage of Six Paths. He does not fight in the show, but he possesses great power that he bestows upon others.

Brothers Hagoromo and Hamura take on their mother in her ten-tails jinchuriki form. Together, they are able to defeat her and seal this beast within themselves. Powerful characters like Sasuke, Madara, and Obito harness Hagoromo’s power for themselves. Since other characters rely on his power, he must rank highly on the list as one of the strongest Naruto characters.

What kind of hero would the titular character of the show be if he wasn’t at least in the top three?

If you eliminate non-human entities, he’s the strongest Naruto character.

After he becomes friends with Kurama, he accesses the Nine-Tails Chakra mode. Here are the list of powers that come with this accomplishment:

Using the Six Paths chakra, he can use Truth-Seeking Orbs, soar through the air, and hold the mighty power of all nine-tailed beasts at the same time.

In his basic form, he still possesses a considerable number of skills, including:

Before he reaches his ultimate power of the Nine-Tails Chakra mode, he can:

Kaguya Otsutsuki has to top every Naruto list when it comes to power. She is responsible for the creation and disbursement of the original chakra. Anyone who uses the power of the chakra can thank her for their powers.

She’s a rabbit-demon, alien mother of the Sage of the Six Paths. In addition to creating the chakras, she wields the powers of:

And this list is far from comprehensive. Possibly the coolest power she possesses in combat is that she has the ability to use her own bones as weapons. Just a single scratch reduces her foe to ash.

Who Do You Think Is the Strongest Naruto Character?