The Nintendo Wii U is finally here, and I had some time to go over the system and give some impressions about my experience with it. I made the right decision to pre-order my new Nintendo system at Best Buy back in September, as the system so far seems a little hard to find in my area. The Best Buy where I picked up my Deluxe Nintendo Wii U had a decent size line for those picking up normal Wii U’s without a pre-order. 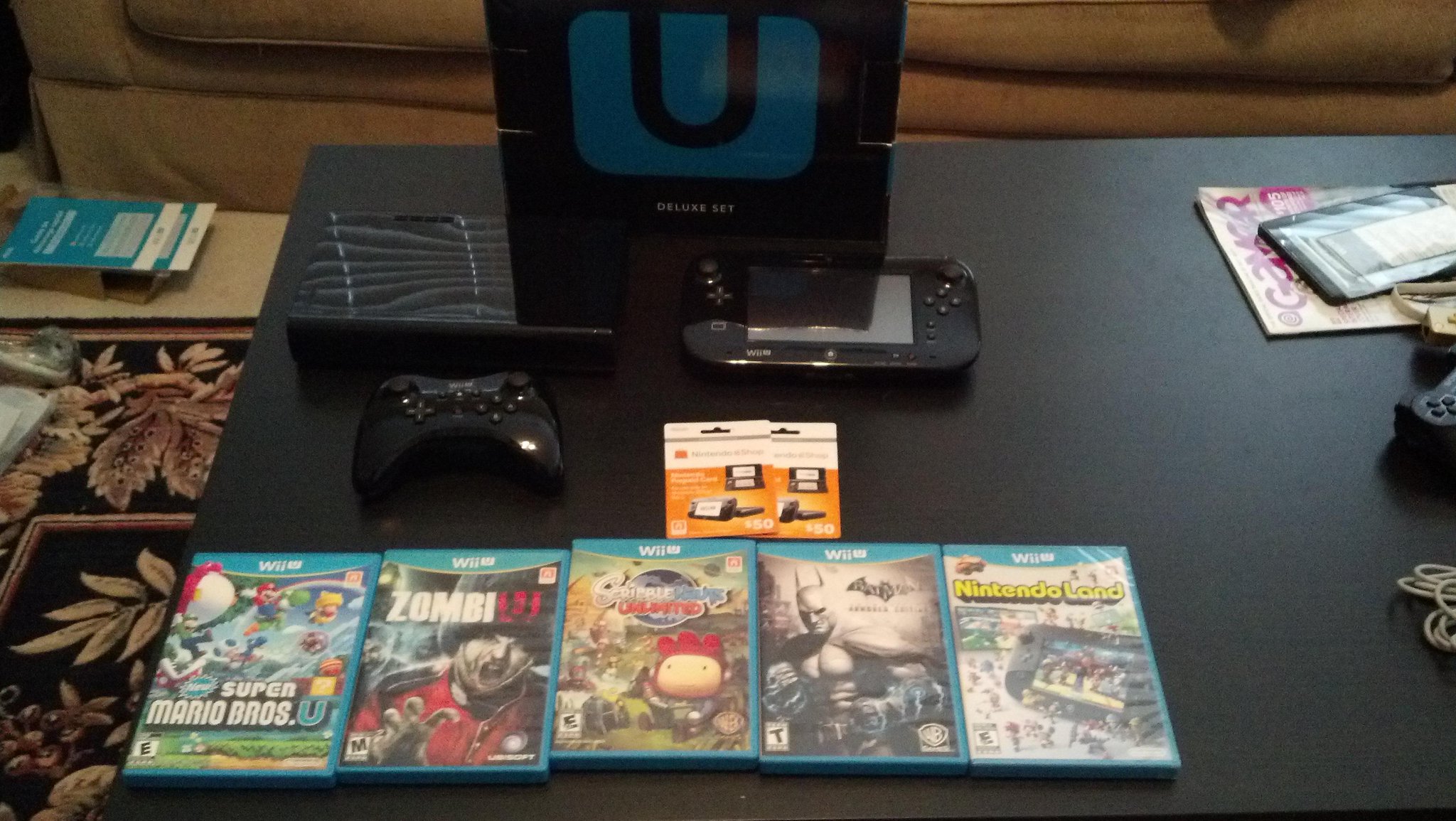 One of the very first things I tried to to do with my new system was to connect to the Internet and download the new firmware patch. Unfortunately, for some reason or another, I could not connect to the internet. The system could see my router, but it could not connect to it. I tried for 2 straight hours trying to get it to work. I even tried using a Wii Ethernet Adapter and even resetting my router back to factory settings. None of this worked. I was just about to give up when I happen to stumble across the solution online. It looks like others have had the same issues. After manually entering in my connection it was finally able to connect and start the process of downloading the newest firmware.

So after wasting 2 hours trying to connect, I was finally able to start the firmware download. Unfortunately this also took an hour to do painfully slow download speeds. Now I have very fast internet at home, a 1 GB file can be downloaded in a few minutes. So I ended up waiting for the next hour for this new firmware to be slowly downloaded. Of course, this was launch day. So I knew that it was going to be slow and that I would need to wait. I’m also hearing now that this progress seems to be faster then others now that the initial stress is going away.

Now that everything is complete, I finally got to see the system up close and personal as well as make my own Nintendo ID. There was so many things I wanted to look at, from the eShop to the Miiverse, that I didn’t know where to start. Since I had 2 eShop cards waiting to be used, I decided to load up the eShop. The eShop looks and feels great. Clearly shows off the best of the best with a huge section for indie games. I want ahead and download Little Inferno, Mighty Switch Force Hyper Drive, Nano Assault Neo and Trine 2. It’s a good thing I started those downloaded first, as it took a long long while for those games to be downloaded and installed. It’s also a good thing that these games download in the background.

While those games were downloading, I looked at the home screen, also known as the WaraWara Plaza and Miiverse. As you first start using the system, your WaraWara Plaza will be populated by Nintendo Miis giving you simple suggestions, like checking out the eShop or Miiverse. Eventually it will start to fill with custom Miis around games you both own and games it suggests for you with messages associated by those Miis. It’s really a neat idea and makes the entire screen look alive.

Miiverse is really an experience to be had. Miiverse is basically combining Twitter and Reddit into one big gaming community. Each games, both retail and physical, has its own community where you can write or draw little messages about the game. There is a way to mark your post as a spoiler if you wish as well as flagging other posts as needing to be moderated. Some games even take this thread full of messages to the next level. For example, New Super Mario Bros U uses the Miiverse to allow you to write your current thoughts after doing something great or messing up a bunch of times. It will even show those messages on the world map for you to see from other random people.

After a few hours of playing a few games and looking around, I decided it was time to move all my VC, WiiWare, and save files from my Wii to the Wii U. All Wii games, including WiiWare and VC, are played in a Wii like environment on the system. Once you enter this mode, the Wii U itself basically becomes a Wii and the Gamepad no longer does anything. From this point you need your Wiimote. Of course, while this may be discouraging, it does guarantee 100% backward compatibility with all Wii games. I am hoping for VC games to be available at the Wii U side eventually. This also means to buy a VC game, you have to use the old Wii shop inside the Wii mode environment. The transfer from my Wii to my Wii U took about a half hour, as I had a lot of saves and VC games to transfer over.

There is one big thing I need to talk about. Sadly the load times with this system are pretty bad. And I’m not just talking about game load times. I’m talking about OS load times. From loading up the Miiverse to the Friend’s List takes about 5 to 10 seconds each. Just heading back to the main screen also takes some time. Loading up games also sadly takes awhile. Both Nintendo Land and New Super Mario Bros U took about 30 or so seconds to even start up. It’s rather quite annoying. This is really a big issue with the system right now. And I am hopeful that Nintendo can fix this in a update as soon as they can.

Lastly, my experience with the Wii U Gamepad has been excellent. It may look big and heavy, but it is quite comfortable and very light. In fact, the original fat Xbox controller is actually heavier then this thing. The thing is at the perfect size. Games like New Super Mario Bros U and Little Inferno look amazing on the screen alone. One of the things I really love about it, is the ability to play off my TV and only on my Gamepad. This is useful when watching TV as well as making dinner or taking it up to my room at night and playing a quick game of Little Inferno before I go to bed. The fact that I can play most of my console games for the system upstairs is awesome.