‘The Walking Dead’ Renewal A ‘No Brainer’

by SuperMommy
in TV, TV News 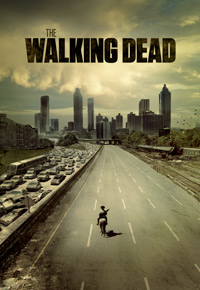 Great news for zombie fans! AMC’s new series, The Walking Dead, has been renewed for a full 13-episode second season, the network has confirmed.

The show debuted on Halloween to record-breaking ratings, and last night’s second episode posted similarly impressive numbers. This isn’t a shock to fans – with the show starting off with a bang, and plenty of blood laid out in plain sight for all television viewers to see, it was clear from the beginning that this show was something special!

“I wish all programming decisions were no brainers like this one,” AMC senior VP Sharon Tal Yguado said.

Well done fans – let’s keep those ratings up and prove that this show is one that is definitely “undead”!

L.A. Schools Say Thanks, But No Thanks To 'Food Revolution'