Dark Souls II is finally upon us, and many of you are no doubt chomping at the bit to rush off you your death. We have a review coming, make no mistake about that, but for several reasons (not the least of which is that this is a pretty darned bit and involved game) it’s going to be a couple more days until it’s ready. Of course we’re not going to leave you high and dry. Not on this, the day of Dark Souls II’s release!

It’s a bit too soon to say for sure, but thus far Dark Souls II is definitely making good on the whole “being more accessible than the original while still retaining its difficulty” thing. Some concessions have been made, such as a much less brutal (and joyously brief) introductory section, but this is still absolutely Dark Souls. And it will absolutely kill you. Then kill your corpse. Then kill your corpse’s corpse. And so on. 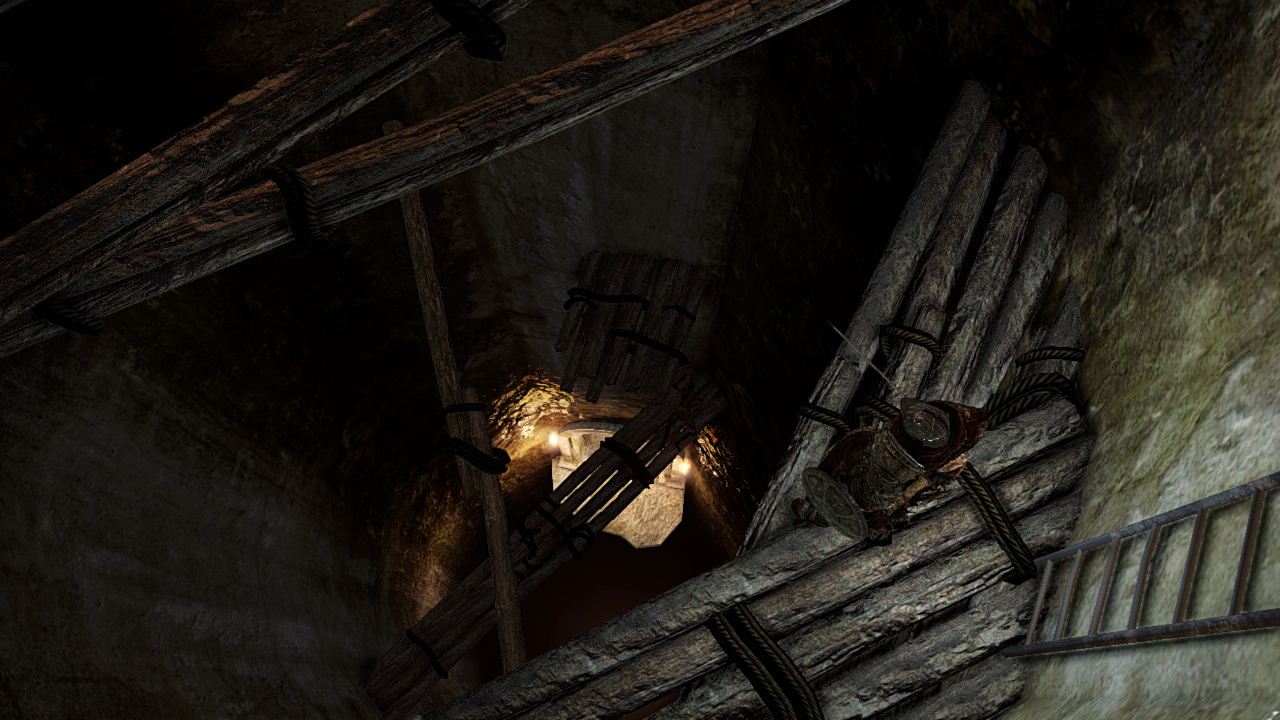 Most of the mechanics remain, such as being able to wield just about any weapon in one or two hands (with the appropriate penalties, of course), needing to learn enemy attack patterns, feeling your way through the environment, and of course learning by dying. You get to make your own character by choosing from several familiar classes and making a bunch of different adjustments to their physical features; you can have just about anything you’d ever want so long as you want “hideous, awkward, or unnatural.” Environments are also very expansive and are all interconnected, just like the first Dark Souls, and there’s no loading between them. The ability to enter other players’ games to help or attack them remains, however as of this writing the server has yet to go live so I can’t say much on that. 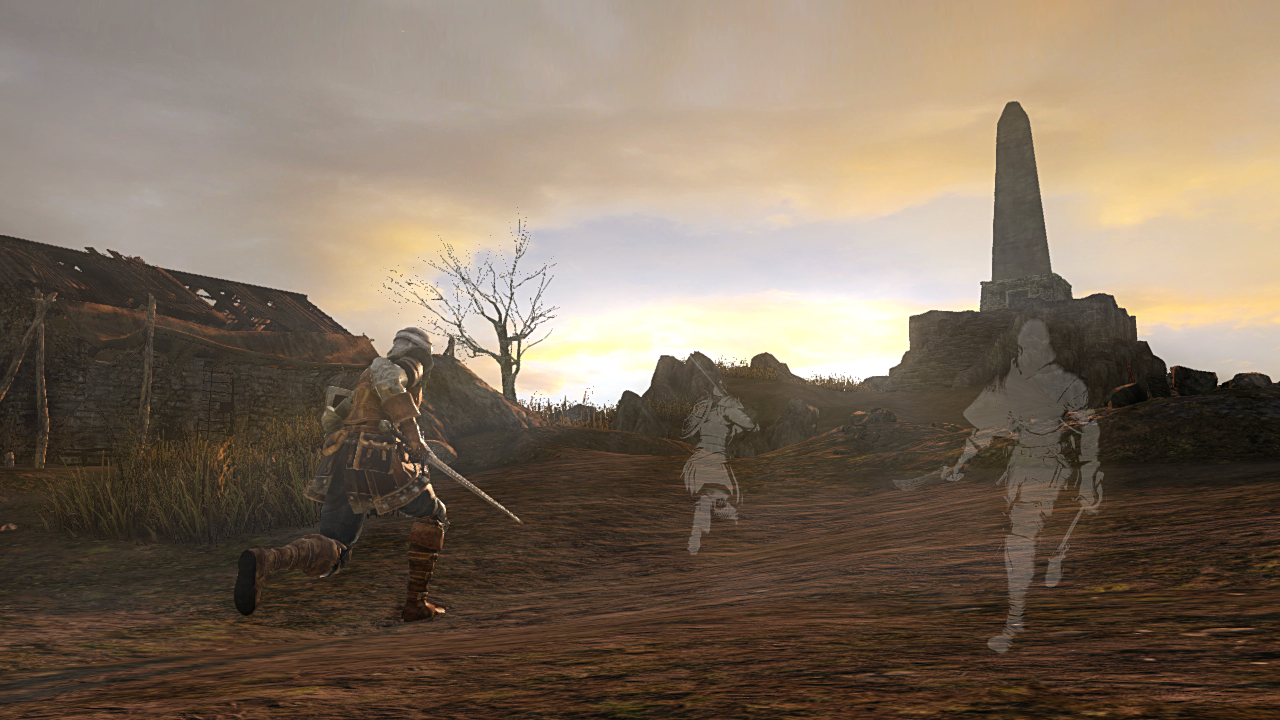 Lets talk more about those environments for a moment. Again, I haven’t seen all that Dark Souls II has to offer yet, but they’re every bit as fantastic, beautiful, and terrifying as earlier games in the series. At one point I’d wandered out along an awkwardly-placed outcropping jutting out from a broken castle wall, only to spin the camera around and realize I was standing on the pommel of a gigantic sword. The view of the ocean, with the waves crashing against the rocks and cliff face below as the sun hung low in the sky off in the distance, made it all the more spectacular. I didn’t want to linger too long though. I mean at any moment something horrible could come out of god-knows-where and eat me, toss me to my death, eat me, or maybe just kill me. Or eat me.

There are a few new elements, however. One of the biggest I’ve noticed so far is the use of a torch. You may light a torch at any bonfire, and use it to light lanterns along the way as you explore. Not only will this brighten a given area and make it easier to spot enemies and hazards, it will also help you keep track of where you’ve already been. It’s not the sort of thing that I’ve been making much use of (mostly because my torch burned out and I haven’t been able to find a new one), but I can definitely see it making navigation friendlier to a wider audience. Note that aside from making it a little easier to see, this feature in no way makes Dark Souls II any easier to survive. Whether you can make out every detail on the diseased husk of what used to be a man swinging what looks to be a massive jawbone club at your face or not, if you don’t fight smart you’re toast. 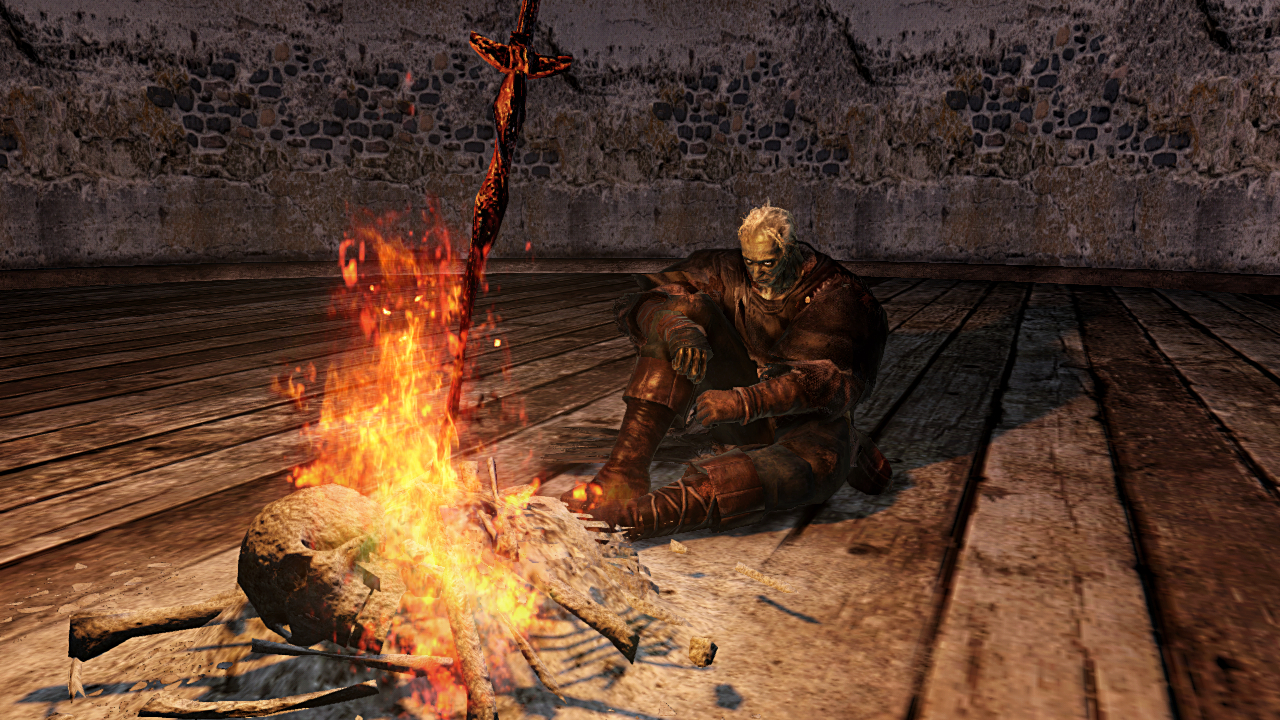 Bonfires (mercifully less hostile areas where your character may rest, refill their Estus Flask, assign spells, etc) are still present and retain all of their functionality from the first game. It’s also still very much possible to freely travel between previously-visited fires. Of course resting at a bonfire also makes all the monsters respawn, so respite or not you’re not going to have any easier of a time once you leave the relative safety of the circle.

I do have a few reservations that I think are best left unsaid until I’ve experienced more of the game, but at the moment it seems like there are only three reasons any Dark Souls fan would ever pass up Dark Souls II: either they’ve had their fill with the first game, they’re broke, or they no longer own a system that can play it.