Tales of Berseria is just over a month away from its January 24th release date and today Bandai Namco Entertainment released a new trailer showcasing a good amount of the game’s story.

The new trailer for Tales of Berseria, titled “The Calamity and The Blade“, does a nice job of capturing the attention of viewers with its darker tone that further establishes the setting for the upcoming game. It’s a captivating trailer that displays the fantastic art known from the series while easily building up interest through its telling of the story. It follows lead character Velvet Crowe who sets out for vengeance against a person she once trusted, but then ended up betraying her. Velvet is a unique character that has been infected by Daemonblight, a disease that has turned her lost left arm into a weapon that she can use to destroy monsters. I’m ready to put that power to good use to destroy all enemies who stand in her way!

Over the years I’ve been becoming more and more of a Tales of fan and I’m now even more so looking forward to the release of Tales of Berseria. Take a look at the new trailer below.

Additionally, there are pre-order bonuses for those who are interested. 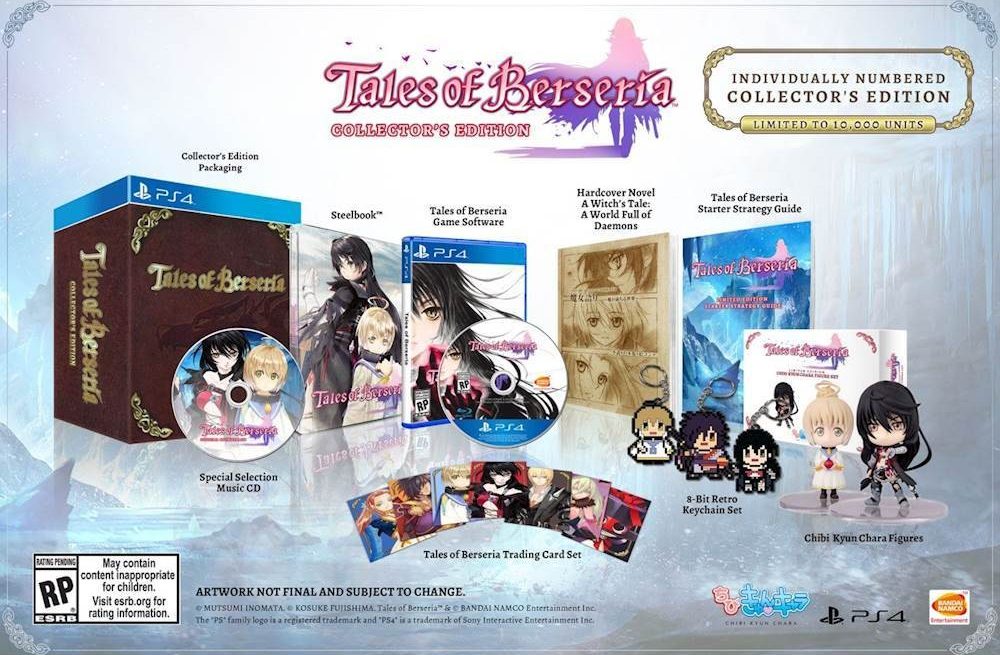 There’s also a fantastic looking Collector’s Edition for Tales of Berseria that I am excited about. It contains a Steelbook, Hardcover Novel, Starter Strategy Guide, Special Selection Music CD, 8-Bit Retro Keychain Set, Trading Card Set, and two Chibi Figures. It appears to only be currently available from Best Buy.

Tales of Berseria releases on PlayStation 4 on January 24 and PC on January 26, 2017. However, if you’re anxious to go hands-on with the game even sooner than that, a demo will be releasing on both PS4 and Steam on January 10, 2017.