The original Tecmo’s Deception was one of my favorite PlayStation games, and I still hold out hope that it will one day be made available for the Vita through the PlayStation Classics collection on PSN. Oddly enough, despite my love of the original I haven’t ever really bothered with any of the sequels. Until now, anyway. Now I’m kinda wishing I left well enough alone, honestly.

In Deception IV: Blood Ties you’ll be once more thrust into the shoes of an evil protagonist who isn’t necessarily all that evil because the people you’re murdering are typically of the not-so-nice sort themselves. It’s kind of a “lesser of two evils” thing. Granted you’re controlling Laegrinna, the Devil’s daughter, as she goes on a bloody rampage in an attempt to free her father from eternal imprisonment, but the people she kills aren’t exactly saintly – even though they’re supposed to be descended from saints. What it boils down to is a series of bloody games of cat-and-mouse as Laegrinna leads various mercenaries, public officials, and miscellaneous intruders through her castle and to their deaths. 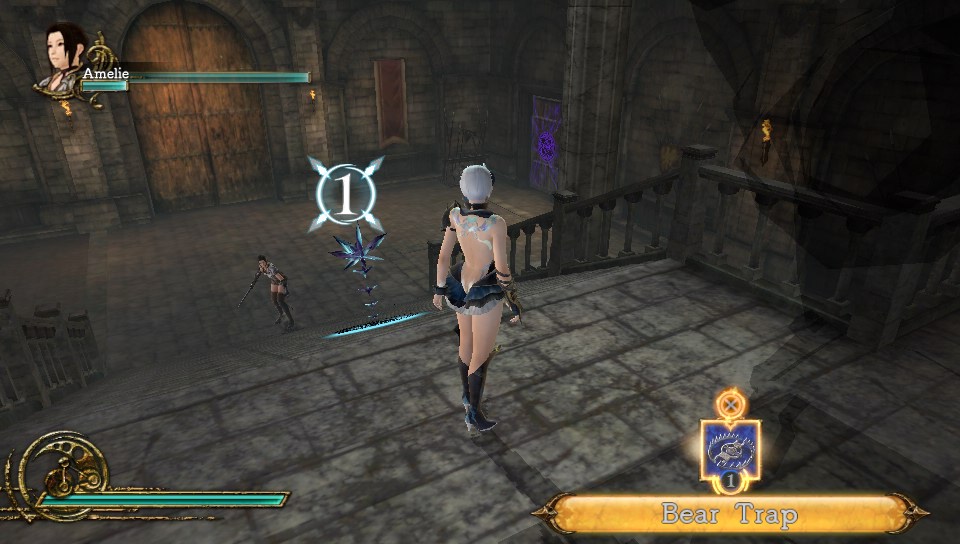 Deception IV makes use of trap combos that have become fairly commonplace in the series at this point. Traps belong to one of three main categories: Brutality, which is all about gruesome direct damage; Humiliation, which does little damage but can be used to disorient foes or make them angry and reckless; and Magnificence, which will deal some damage but is best used for getting enemies in position so that you can trigger even more traps. There are also environmental traps that are just as good at killing or capturing your pursuers.

At any given point while Laegrinna is running around the Prosslyn Castle (or Lapria Park, Balmagyr, or the Ruins of Scardzyini) you can tap the Circle button to pause the action and pull the camera back to reveal a gridded isometric view of the room you’re in. This is where you can assign and position traps to create a seemingly endless amount of insidious combinations. Placing and replacing traps costs nothing, so you’re free to experiment as you see fit. It’s worth remembering that all traps have an activation time, however, so you can’t simply place a trap at the last moment and hope for the best. You’ll also want to be careful as none of these traps will discriminate; if you get in their way, you’re gonna get hurt. 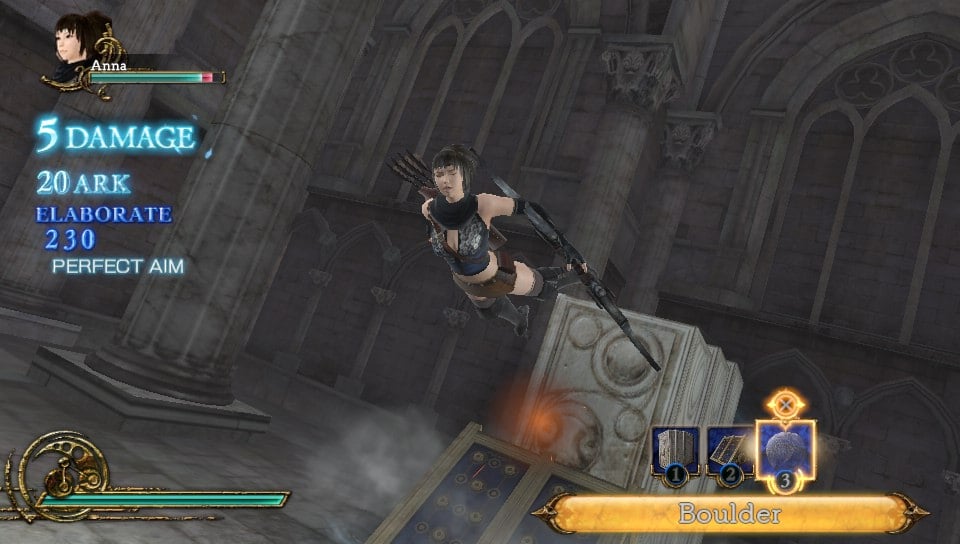 It all sounds great – and at first it is – but eventually some pretty huge cracks in Deception IV’s design become apparent. The controls work well enough for the most part, but the way you’re expected to switch between traps (hitting left or right on the digital pad) feels awkward and is incredibly difficult to do when in the middle of running away from a trio of armored people looking to bury sharp things in your skull. Dodging can also be incredibly clunky, especially when locked-on to an enemy. Similarly, it’s far too common for a pair (or even a single soldier) to trap you between them as they exploit Laegrinna’s “ouch I’ve just been hit in the face with a sword” stagger animation. However the icing on the cake (for me anyway) has to be the near constant character introductions. I can’t stress enough just how much I hate these things. I’ll be running through the castle, chaining together some nice combos while occasionally fighting the controls and having what amounts to a good bit of fun, when suddenly everything stops and I get a panning shot of Soldier Number 14 as she takes a moment (in the thick of battle, mind) to taunt me and introduce herself. This happens all the time. This game has practically turned obnoxious interruptions into an art form. 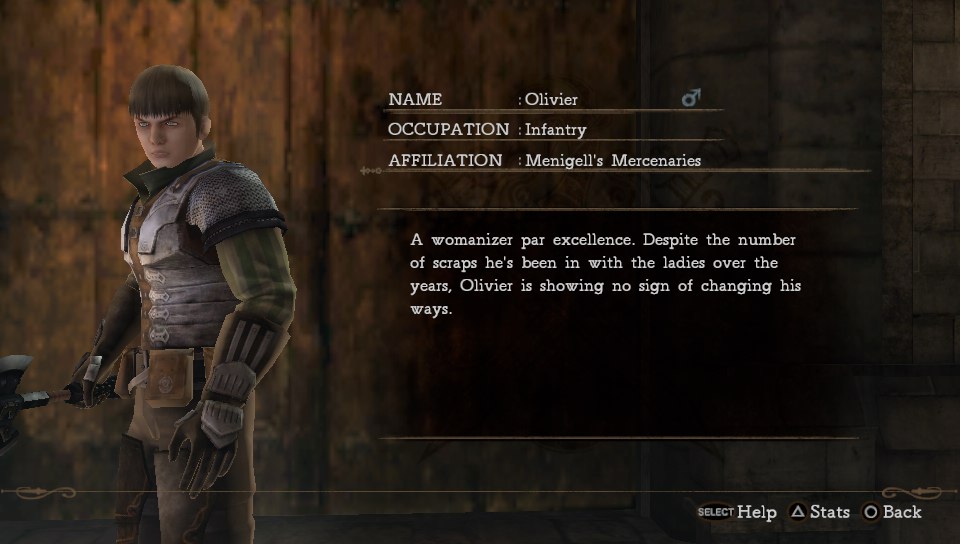 When none of those irritations get in the way, Deception IV: Blood Ties can be a very cool and entertaining game. The problem is those irritations happen way too frequently. So much so that it’s almost as torturous as chasing Laegrinna through that accursed castle (and accursed parts beyond) in the first place.