A full pilot screening of the mind-bending magical crime drama Deception will kick off WBTV’s fan-packed day of sessions with series stars and producers at the Javits Center on Sunday, October 8. A Warner Bros. Television Takeover will close out NYCC with back-to-back panels featuring Blindspot, new series Castle Rock and Gotham in the Hammerstein Ballroom at the Manhattan Center. 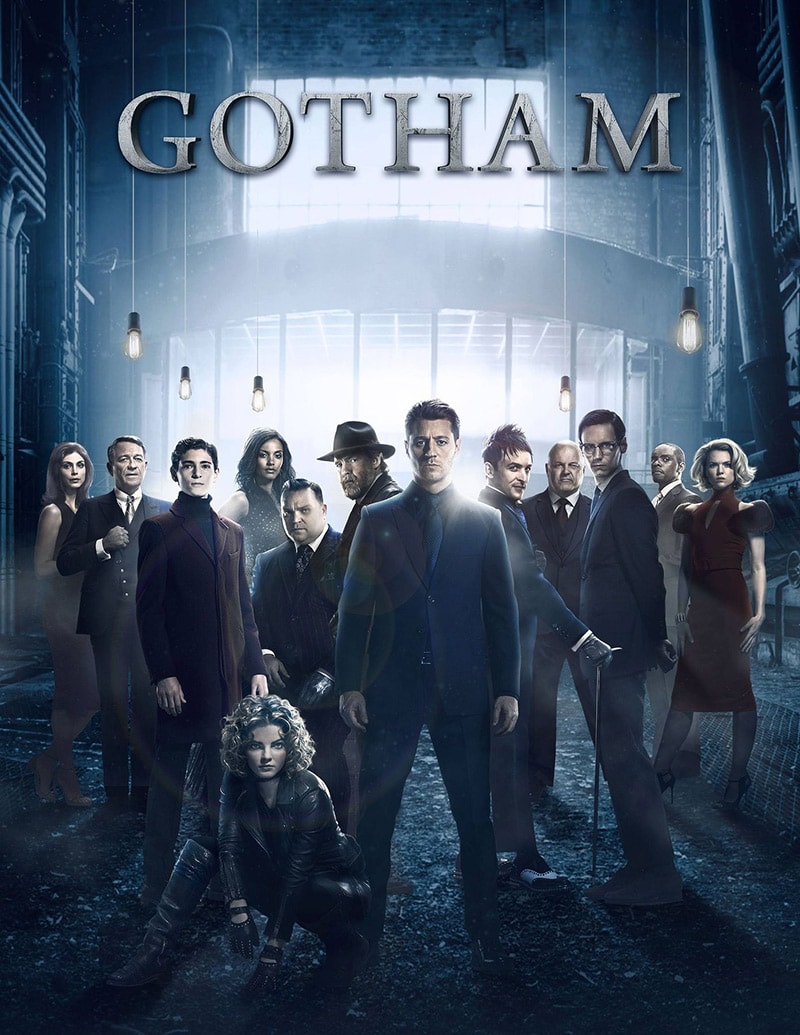 Here are the official sessions on October 8, 2017:

11:00am-12:00pm Deception Special Sneak Peek Pilot Screening and Q&A: From Chuck co-creator Chris Fedak, the Blindspot creative team of Martin Gero, Greg Berlanti and Sarah Schechter, Emmy®-winning director David Nutter (Game of Thrones, The Flash) and renowned magician/puzzle creator David Kwong (Now You See Me, Blindspot), Deception is a thrilling crime drama that combines FBI counter-espionage with the mysterious world of magic and misdirection. When his career is ruined by scandal, superstar magician Cameron Black has only one place to turn to practice his art of deception, illusion and influence — the FBI. Using every trick in the book and inventing new ones, he will help the government catch the world’s most elusive criminals while staging the biggest illusions of his career. Deception stars Jack Cutmore-Scott, Ilfenesh Hadera, Lenora Crichlow, Amaury Nolasco, Justin Chon, Laila Robins and Vinnie Jones. Join us for an exclusive pilot screening followed by a Q&A with series stars and producers. From Berlanti Productions and Quinn’s House in association with Warner Bros. Television, Deception premieres midseason on ABC.

2:00-3:00pm Blindspot: Special Video Presentation and Q&A: Following the shocking second season finale, revealing a new set of luminescent tattoos planted on Jane’s body, join Blindspot as it returns for its sophomore appearance at New York Comic Con! Sullivan Stapleton and Jaimie Alexander star in this one-hour action thriller from Berlanti Productions and Quinn’s House, Inc. in association with Warner Bros. Television. Alexander stars as Jane Doe, a mysterious woman found in Times Square with her memory erased and her body covered with a series of coded tattoos. As Jane and the FBI team who discovered her — including agents Kurt Weller (Stapleton), Edgar Reade (Rob Brown), Tasha Zapata (Audrey Esparza) and the tech-savvy Patterson (Ashley Johnson) — work to decipher, investigate and solve the complex treasure map of her tattoos, an ever-widening web of conspiracy and corruption is revealed, as is the truth behind Jane’s true identity and the organization that sent her to the FBI in the first place. Season three jumps two years forward. Weller finally tracks down Jane, who’s been on the run. After the two discover a new set of luminescent tattoos planted on Jane’s body, Jane is forced to return to the FBI. Weller, Jane, and the rest of our FBI team set out to solve these new puzzles and stop the dangerous conspiracies they reveal. But the tattoos also expose the team’s darkest secrets… Join us for a special video presentation followed by a Q&A with series stars and producers. Blindspot returns for its third season on its new night, Fridays, at 8/7c, starting October 27 on NBC.

3:40-4:40pm Gotham: Special Video Presentation and Q&A: As Gotham’s origin story continues to unfold, the stakes will be higher than ever in season four! With the Court of Owls decimated, the aftermath of the Tetch virus crippling the city, and every (surviving) villain in Gotham’s underworld jockeying for power, Jim Gordon and the GCPD will have their hands full. And that’s just the beginning! What threat does Ra’s al Ghul pose, will Penguin successfully license crime, and what does Bruce Wayne’s epic season finale reveal mean for Gotham City, and his ultimate destiny? Join Gotham as the show returns to New York Comic Con for a special video presentation, followed by a Q&A with series stars and producers. From Warner Bros. Television, Gotham airs on its new night, Thursdays at 8/7c beginning September 21 on FOX, and Gotham: The Complete Third Season is available now on Digital, Blu-ray™ and DVD.

Are you excited for New York Comic-Con? Let us know your thoughts below!