Home » Gaming » Board Games » Urbion Review – Sognae and Chaos and Incubi, oh my!

All too often games will try to depict the battle between good and evil. Usually it involves one attempting to triumph over the other (and typically good over evil). This isn’t a bad thing as it’s resulted in some truly fantastic games, but it’s not often than a game emphasizes the zen-like idea that one cannot exist without the other. Good and Evil, Light and Darkness, Yin and Yang, etc. This is one of the reason I found Urbion to be so interesting: it’s not about one side beating the other, but about them both finding balance.

Urbion is a shockingly strategic (and difficult!) game that comes in an unassuming little box. The basic setup puts one to two players in charge of the titular city, which residees in a world of dreams. The city is divided into districts, which must all be balanced with both good (Sognae) and bad (Incubi) dreams in order to achieve victory. If you balance and clear every district in the city – of which there are 12 to start – you win, but you’ll lose if you run out of dream cards before doing so. 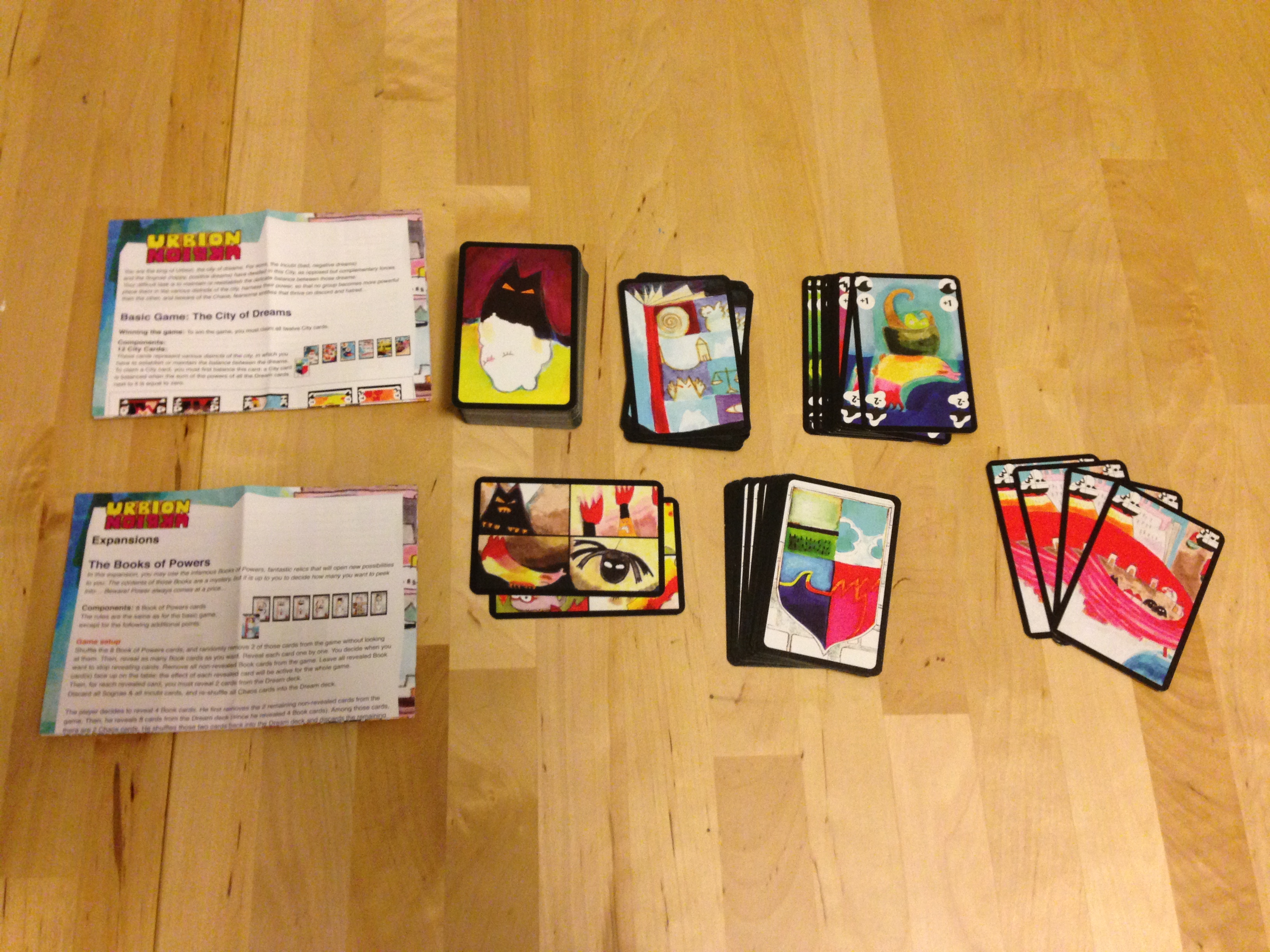 Each district in the city features two elements (fire, air, water, or earth), and you may only place Sognae or Incubi in a district where these elements match. However, by discarding one of your precious cards you may also do things like swap two Sognae or two Incubi, or remove both kinds of cards from a district if their value adds up to zero (thus making it easier to balance in the future). Playing cooperatively with two players is just as straightforward, with the only real difference being that each player may only place a card from their assigned group (i.e. one player is Incubi, and the other is Sognae).

You’ll have to watch out for Chaos, though. These cards must be played as soon as they are revealed and can really muck-up your plans. You (and your partner if playing co-op) will get to decide what to do with them when they come up, but none of your options are all that great. But then, that’s the nature of Chaos, isn’t it? It messes with everything. 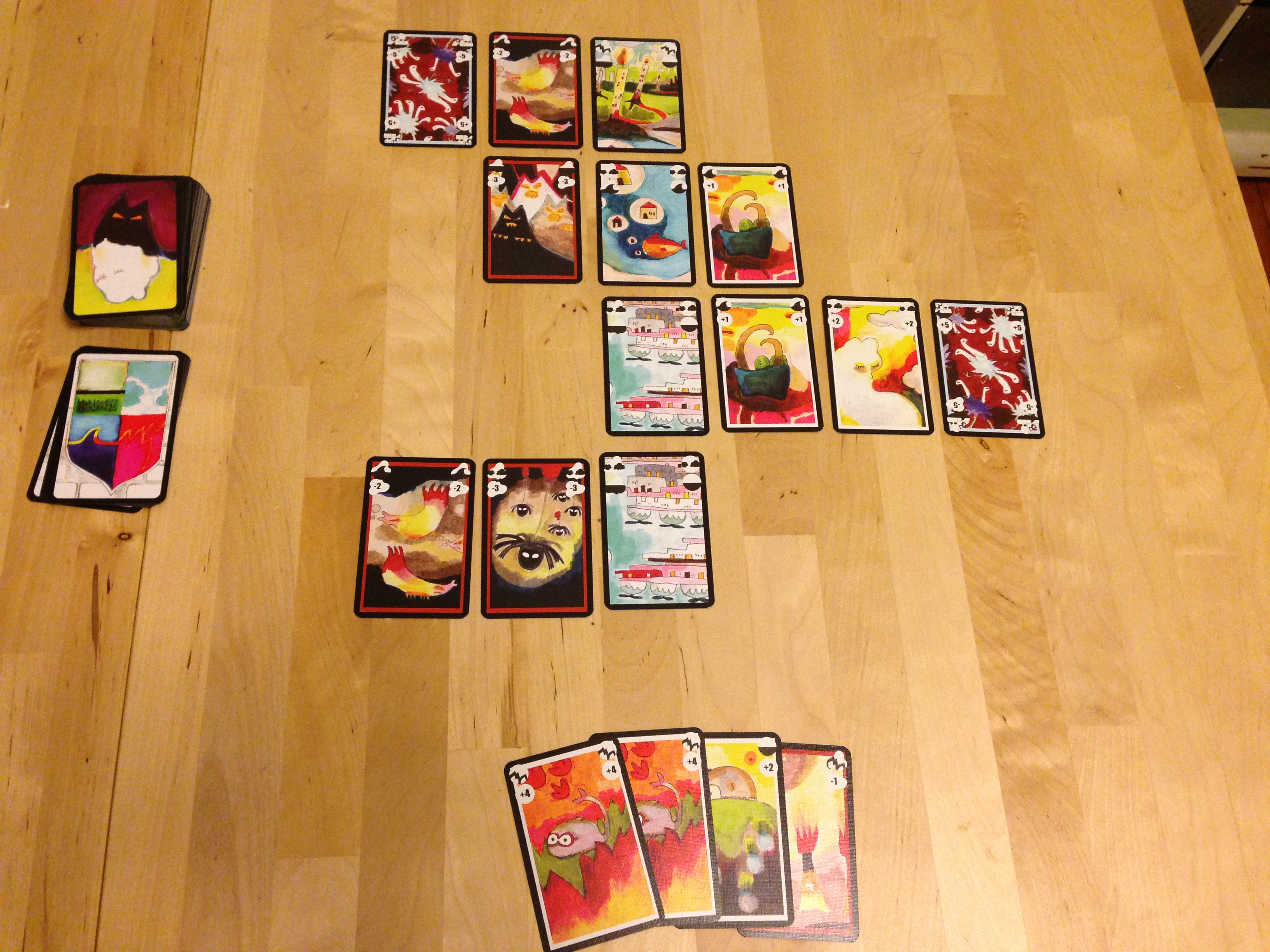 Urbion is an incredibly easy game to pick up and play, or even pick up and teach. It takes all of a few minutes to learn but is also a lot tougher than it looks. Seriously, I haven’t beaten it once in any of the solo or co-op games I’ve played. It doesn’t pull any punches. But that’s also why I’ve been enjoying it so much.

What’s more, the box also comes with two packed-in expansions that can add even more to a game. The Books of Powers allow you to add special abilities that give you even more ways to control your dreamscape, at the cost of reducing your overall deck size and starting you off that much closer to a loss. Then there’s the Arch-Squares & Metas that add a few “wild” districts that can have any element placed on them (which also means you’ll have to clear 16 districts instead of 12) as well as special Meta dream cards that can be played as either positive or negative. 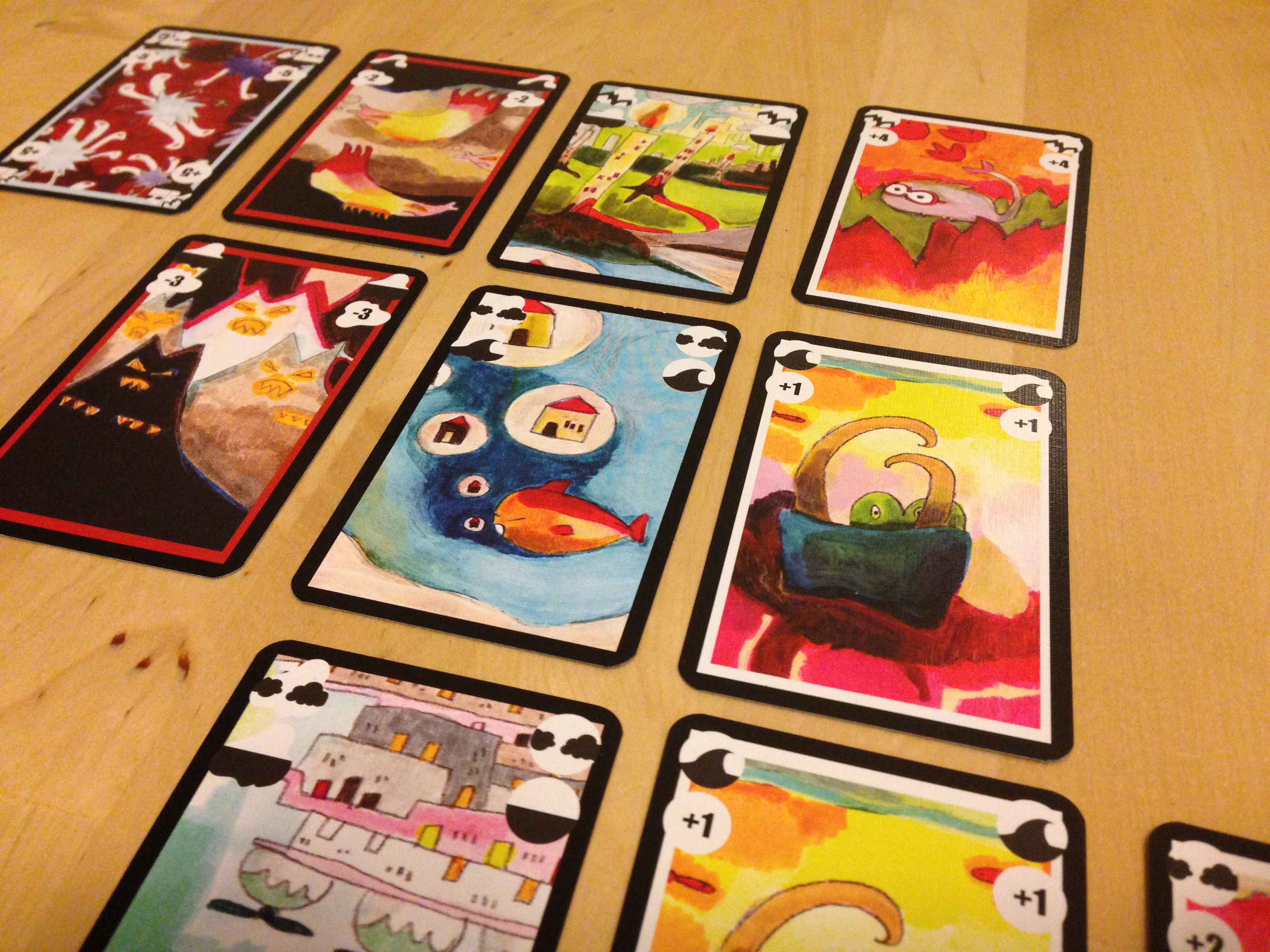 But while I do like the small box that can actually fit inside a pocket (I’ve tried it and it works) and the pretty artwork, the box also feels a little… well, loose. By which I mean the lid will slide off with almost no force, possibly spilling cards out all over the place if you’re not careful. I’ve had to wrap a rubber band around in to keep everything snug, which isn’t a very attractive solution but it sure beats the alternative.

Without any of the extra cards that are included, Urbion is a fantastic and imaginative strategy card game. With either (or both) of the expansions it’s even more so. I never would have expected so much from such a tiny box, but Urbion delivers on all fronts. I honestly can’t recommend it highly enough.