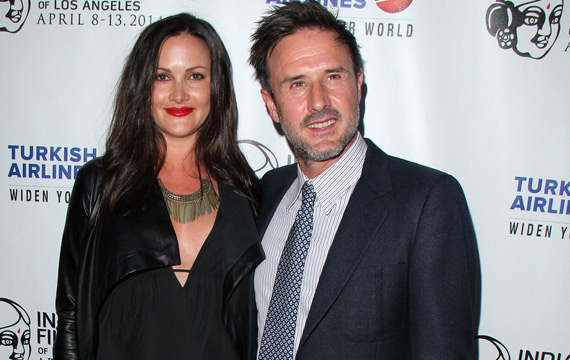 David Arquette’s fiancée has confirmed reports she is set to wed the actor, insisting she is “the luckiest girl in the world”.

The Scream star popped the question to his entertainment reporter girlfriend Christina McLarty during a family dinner at Mastro’s Ocean Club in Malibu, California on Wednesday night.

McLarty tells Us Weekly magazine, “He is the love of my life and I love him and my family so much. I feel like the luckiest girl in the world!”

The former Friends star and Arquette were married for 11 years before they split in 2010.