FanBolt attended the Penguins of Madagascar press room today with directors Simon J. Smith and Eric Darnell and actors John Malkovich and Tom McGrath. We’ve got some exclusive details on the upcoming film that shares a name (but not much else) with the Nickelodeon kids tv show.

According to Smith and Darnell, who haven’t worked together since the film Antz, Penguins of Madagascar will follow the events of Madagascar 3 as opposed to the plot of the Nickelodeon show. The plot revolves around the penguins having to save the world from evil octopus Dr. Octavius Brine.

John Malkovich, who voices octopus villain Dave/Dr. Octavius Brine, said that recording the voice of Dr. Brine was an enjoyable experience because he “had excellent readers to bounce off of during the voice recording,” as it’s common for voiceover talent to not see one another until the project has been completed. Readers are a kind of partner for the voiceover talent. They’re in the studio with them, filling in the lines of the talent that’s not there, to help make the recording environment more manageable for the actor.

As for Malkovich’s thoughts on playing the villain? He said that while he’s not sure there’s anything blatantly “fun” about playing the villain, Dr. Brine is “not a particularly remorseful psychopath, and that of course is always a pleasure.” He also noted that just because a character is “bad” doesn’t always make them interesting.

Unfortunately Benedict Cumberbatch, who voices a James Bond-esque wolf that helps the penguins, wasn’t in attendance in the press room, but he (thankfully) made it to the bigger panel. We don’t know about you, but we’ll take our Benedict-fix however we can get it. 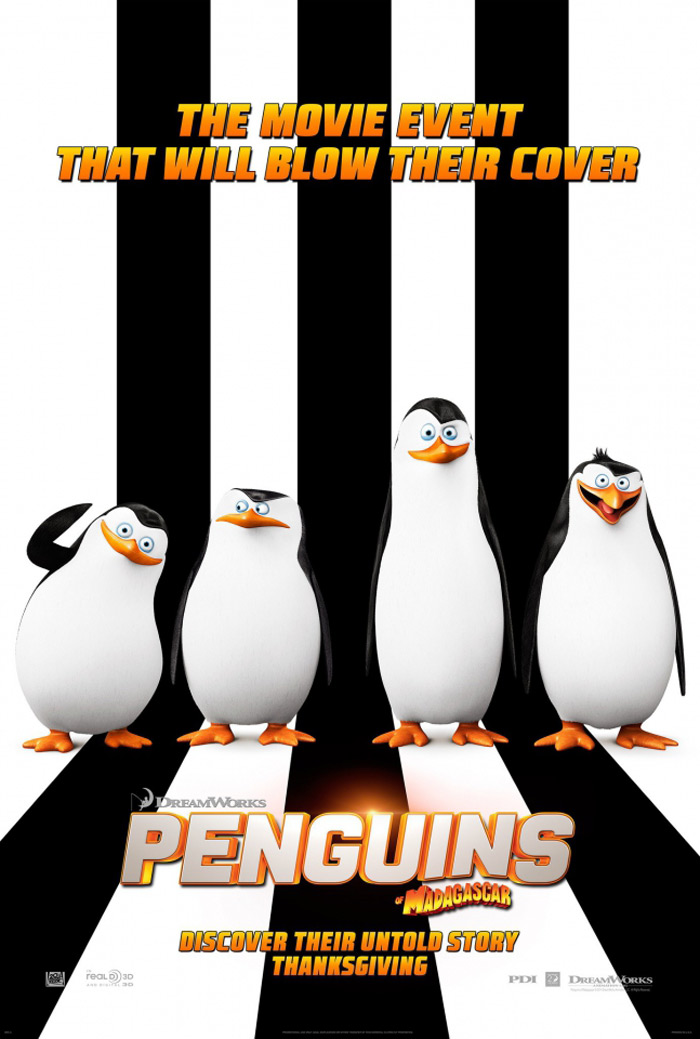