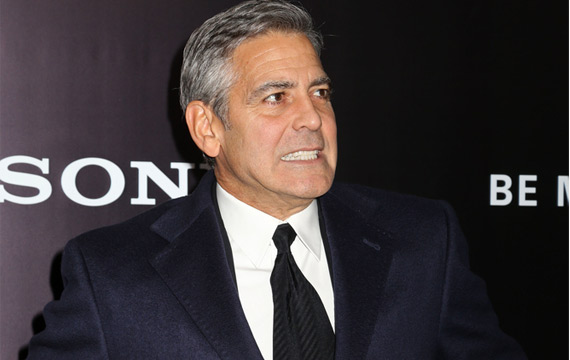 A crewmember who worked on the set of TV comedy Roseanne has a very special keepsake – a photo of regular guest George Clooney’s genitals.

Prankster Clooney took a shot of his manhood and taped it to the family refrigerator on the set, where it stayed for less than a day before someone stole it.

During a mini Roseanne reunion on Wednesday when Roseanne Barr joined her one-time TV daughter Sara Gilbert on her show The Talk, the two women recalled the saucy shot and mused over who might have snatched it.

Barr said, “We used to have a few cocktails after we wrapped on the set there – just the adults, and George took a picture of his wiener.

“He had these Groucho (Marx) glasses, and he put the Groucho glasses (on his genitals), so that the wiener was (there) instead of the nose. He took the nose off. And he put (the picture) on the fridge for the next day when we came in.

“We would laugh at it all the time, and about the second day, it disappeared. I don’t know. I thought it would surface by now, but maybe they don’t know it was George Clooney.”

Gilbert added, “I totally missed it! I think I thought it was just a stuffed animal!”