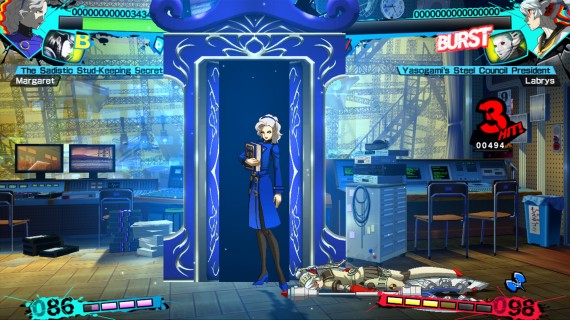 After being confirmed for Japanese DLC not too long ago, Atlus USA has given word on Margaret’s availability to US players for Persona 4 Arena Ultimax. Margaret will be available a week after Ultimax launches, and will be paid DLC. This is unlike Adachi and Marie, who will both be free DLC during the week the game releases. No price has been given at this time, but at least players now can look forward to when they can play as Persona 4‘s Velvet Room resident. 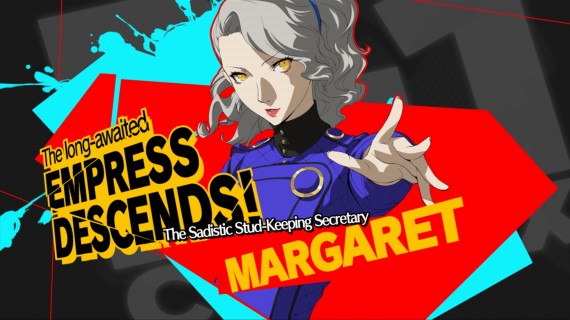 In addition to this news, Atlus has also released more of the usual Persona 4 Arena Ultimax US trailers. This time, the trailers focus on Chie Satonaka, Labrys (both of whom return from the previous installment), and Ken Amada (A newcomer to the Arena series from Persona 3). Ken is very interesting because he fights not only with his Persona, Kala-Nemi, but also with Koromaru, a Shiba Inu with the Persona Cerberus. This Persona 3 duo works together to fight with long-reaching moves between Ken’s spear and Koromaru’s own attacks controlled by the player. Persona 4 Arena Ultimax releases in the US in a little over a month, on September 30th. Recommend0 recommendationsPublished in Gaming, Gaming News
Categories: Gaming, Gaming News
Tagged: Arc System Works, atlus, Persona 4 Arena Ultimax, Playstation 3, Xbox 360