Jennifer Lawrence has opened up to Vanity Fair about the celebrity photo scandal that’s been rocking Hollywood for the past month, and of which she’s been the most targeted.

Lawrence spoke with Vanity Fair contributing editor Sam Kashner just a couple of weeks before the first wave of pictures of the actress hit the internet, so when he followed up to give Lawrence “a chance to have the last word,” the actress told Kashner:

“Just because I’m a public figure, just because I’m an actress, does not mean that I asked for this. It does not mean that it comes with the territory. It’s my body, and it should be my choice, and the fact that it is not my choice is absolutely disgusting. I can’t believe that we even live in that kind of world… It is not a scandal. It is a sex crime. It is a sexual violation. It’s disgusting. The law needs to be changed, and we need to change. That’s why these Web sites are responsible. Just the fact that somebody can be sexually exploited and violated, and the first thought that crosses somebody’s mind is to make a profit from it. It’s so beyond me. I just can’t imagine being that detached from humanity. I can’t imagine being that thoughtless and careless and so empty inside…Anybody who looked at those pictures, you’re perpetuating a sexual offense. You should cower with shame. Even people who I know and love say, ‘Oh, yeah, I looked at the pictures.’ I don’t want to get mad, but at the same time I’m thinking, I didn’t tell you that you could look at my naked body…You have a choice. You don’t have to be a person who spreads negativity and lies for a living. You can do something good. You can be good. Let’s just make that choice and—it feels better.”

Jennifer also added that she was “so afraid. I didn’t know how this would affect my career.” The actress shared that she wanted to come out sooner and make a statement, but “every single thing that I tried to write made me cry or get angry. I started to write an apology, but I don’t have anything to say I’m sorry for. I was in a loving, healthy, great relationship for four years. It was long distance, and either your boyfriend is going to look at porn or he’s going to look at you.” The boyfriend she’s referring to is, now ex Nicholas Hoult, whom she was on and off with for years until they finally called it quits this past July.

To find out the rest of what J-Law had to say about the scandal, pick up Vanity Fair‘s November issue, which hits newsstands on Oct. 9. 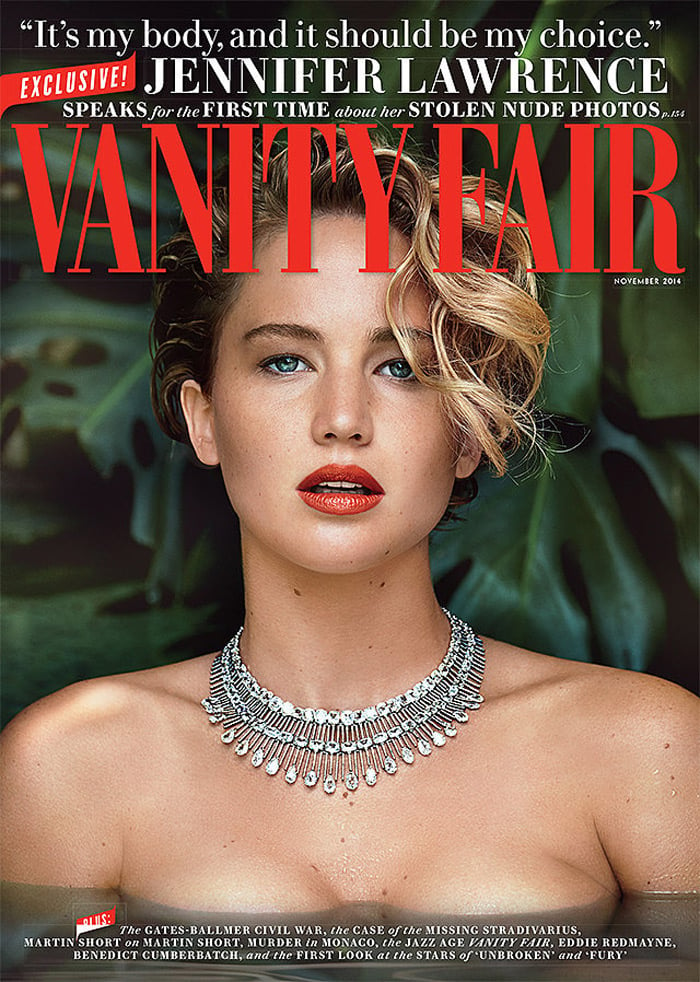 Jennifer Lawrence Speaks Out About Leaked Nude Scandal: 'It Is a Sexual Violation'